Investors have been divided about Dish Network stock (NASDAQ:DISH) for a long time now, given the company’s declining pay-TV business, its $21 billion-plus spectrum investments, which haven’t really been put to use yet, and uncertainty as to whether its entry into the wireless market will pay off. Now, although Dish stock has held up better than the broader market this year, falling by just about 3% versus the Nasdaq-100 which remains down by almost 9%, driven by better than expected Q4 earnings and the broader market rotation away from high-multiple stocks, Dish’s valuation still remains depressed. For perspective, Dish trades at just about 12x consensus 2022 earnings, well below the broader S&P 500 and also below its historical levels. Although the markets typically value companies with slow growth or declining revenues at depressed multiples, Dish stock could be re-rated meaningfully higher if its wireless buildout goes well with the company unlocking value from its spectrum holdings. So what are the odds of this happening?

Dish is getting more serious about growing its wireless business.  Over the last two years, Dish acquired mobile virtual network operator (MVNO) brands Boost Mobile, Ting, and Republic Wireless, which now operate on the AT&T and T-Mobile networks. While things have been off to a rocky start on the retail wireless front, with Dish losing net subscribers over 2021, partly due to T-Mobile’s move to shut down its CDMA network, which serviced many of Dish’s subscribers, the real focus for investors will likely be on Dish’s own 5G network buildout. FCC rules relating to Dish’s spectrum licenses require it to offer its airwaves to about 70% of the U.S. population by June 2023 and Dish has been executing toward this target. The company has budgeted about $10 billion for its 5G buildout and is focusing on a next-generation cloud-native network that is being built using open RAN technology and leverages Amazon’s AWS cloud to host some of its core operations.

While Dish will almost certainly build out its 5G network, the key issue lies with how it will eventually monetize it. The retail wireless market is highly competitive and growth rates are saturating. It could be challenging for Dish to win over retail customers from incumbents such as AT&T and Verizon, who have wider networks and vast marketing and distribution channels in the retail wireless space. However, Dish’s focus appears to be more on the enterprise and business side. For example, the company’s open network can provide virtually partitioned pieces of its network that can be designed to the needs of industrial and commercial users, making it appear like a private network. This is something that the mainstream operators don’t offer, and it could give Dish an edge as 5G applications grow in the industry. 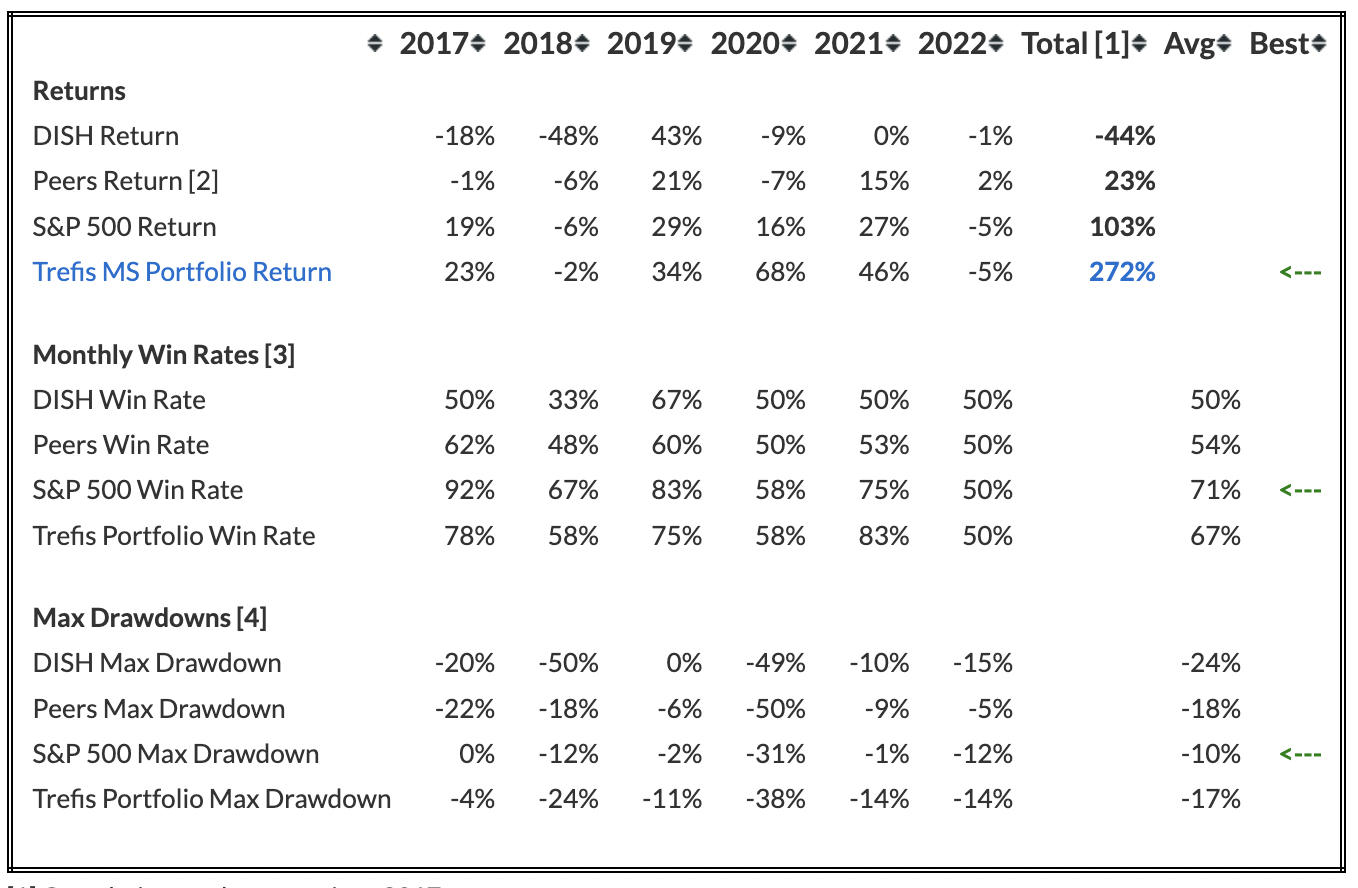 We also think Dish’s spectrum assets could provide investors with considerable downside protection even if Dish’s wireless buildout and monetization don’t go as well as planned. The company holds around 150 MHz of value sub-6 GHz frequency, compared to Verizon and AT&T which hold around 290 MHz each, per UBS. Although there are regulations that prevent existing wireless carriers from buying Dish’s spectrum assets before 2026, the spectrum is nevertheless increasingly valuable given the growing demand for bandwidth following Covid-19, the higher spectrum intensity of 5G versus earlier technologies, and also due to the limited availability of airwaves.

We value Dish Network stock at about $38 per share, marking a potential upside of about 20% from the current market price. See our analysis on Dish Network Valuation: Expensive Or Cheap for more details.

Dish Network Stock More Than Doubles In A Year: Still A Buy?