Juniper is likely to focus on adding new service providers to its client base with its enhanced mobile IP/MPLS capabilities, especially after a recent report suggested that the company may not have been able to renew its deal with U.S. wireless major Verizon (NYSE:VZ), which contributes about 10% of the company’s sales. In fact, the report also adds that losing out on the Verizon deal was possibly an important factor contributing to former CEO Shaygan Kheradpir’s departure from the company in November. Although this report has yet to be confirmed by official sources, it highlights how important service providers are for Juniper’s business and that expanding its mobile IP capabilities are likely to directly impact its top line. Apart from Verizon, Juniper’s clients in the U.S. also include AT&T (NYSE: T). [2] [3]

Our $25 price estimate for Juniper is about in line with the current market price.

In the first half of 2014, Juniper’s routing sales grew in high-single digits over the prior year period on consistent capital spending by carriers due to the proliferation of mobile devices and high-quality video content on the web. However, sluggish demand from U.S. carriers in both the core and edge router market resulted in Q3 and Q4 2014 routing sales witnessing a decline of about 12% and 15%, respectively. Since service providers account for more than two-thirds of Juniper’s revenues, any weakness in demand reflects significantly on the company’s top line performance. ((Press Release, Juniper, Jan 27 2015)) 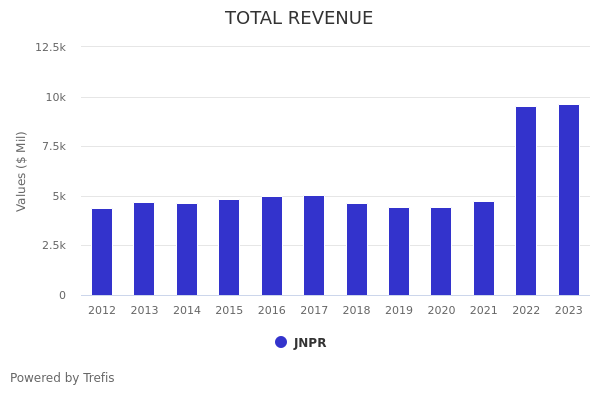