This time a year ago, AT&T (NYSE:T) had just lost its iPhone exclusivity to Verizon (NYSE:VZ) and investors were awaiting the company’s first quarter results with dreaded anticipation. At the time, there had been a lot of negative press surrounding AT&T’s poor voice service and clogged data networks, and many therefore expected the loss of exclusivity to sound the death knell for the company. Even surveys conducted at the time suggested a growing willingness on the part of iPhone subscribers to defect from AT&T’s “deceased” network to Verizon’s more reliable one.

However, with the release of Q1 results a few weeks later and those that followed over the next few quarters , it became increasingly apparent that the concerns were anything but legitimate.

In Q1 2011, AT&T activated about 3.6 million iPhones, around 33% more than during the same period previous year and 63% more than those activated on Verizon during the quarter. In the quarters that followed, the story was the same with AT&T bagging more number of iPhone activations every quarter. In fact, in the last quarter of 2011, when there was even more competition for iPhone users as Sprint also signed up to sell the new iPhone 4S, AT&T had its best ever smartphone quarter, ending up activating over 7.6 million iPhones, more than Verizon and Sprint combined.

Clearly, the scenario did not pan out as many AT&T critics had foreseen. Far from any kind of mass defections that was being anticipated, AT&T’s iPhone activations continued to reach new highs.

Why there wasn’t a mass exodus

Part of the reason was the iPhone’s immense popularity that ensured that all the carriers could take a bite of the ever increasing pie without cannibalizing on each other’s subscribers. Also, the fact that switching to another carrier while on contract with AT&T entailed heavy penalty fees which deterred many from doing so. There were also many on family plans that made it difficult to transition one’s entire family to another carrier. Consequently, customer stickiness turned out to be higher than anticipated.

Moreover, AT&T ensured that it retained a competitive edge over Verizon by building a speedier HSPA+ network that was supported on the iPhone and even marketed it as ‘4G’. Also, AT&T’s iPhone was the only one to support simultaneous voice and data, the unavailability of which on the CDMA networks of Verizon and Sprint could have been a deal breaker for many.

However, this is not to say that Verizon/Sprint’s bet on the iPhone did not work out. As mentioned earlier, the iPhone’s immense popularity ensured that it could attract a good number of new subscribers as well as prevent defections from their own network to AT&T’s. Sprint showed a net postpaid gain for the first time last year in the quarter that it sold the iPhone. Verizon activated close to 11 million iPhones in the first year alone, many of which were new subscribers since the iPhone was not available on its network previously. According to a recent report by Comscore, AT&T’s smartphone lead over Verizon has dwindled since losing the iPhone exclusivity, which means that a lot of the iPhone activations on AT&T were done by existing subscribers whose contract had ended.

In summary, while AT&T may not have landed as many new subscribers as it would have liked, it also did not lose as many as some had earlier anticipated. A key takeaway from this episode is that despite widespread concerns about a service, customers may not be very willing to defect unless a competitor comes up with a compelling advantage to force the switch. 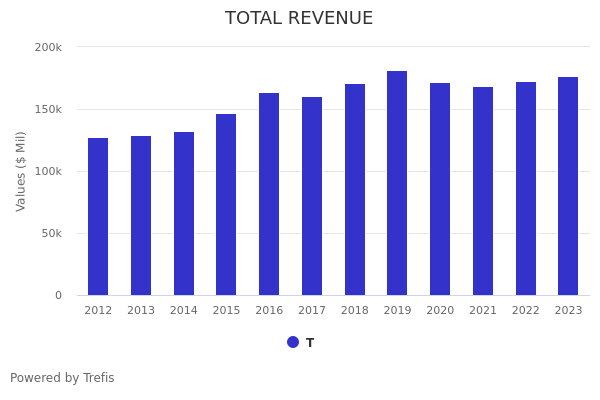 AT&T Stock Has Outperformed In 2022. Still A Good Buy?