We think that Lockheed Martin’s stock (NYSE: LMT) currently is a better pick compared to Oracle’s stock (NYSE: ORCL). LMT stock trades at about 1.5x trailing Revenues, compared to around 4.6x for ORCL stock. Does this gap in LMT’s valuation make sense? While Oracle’s Hardware and consulting business has been affected in recent years, Lockheed Martin’s business has capitalized on the uptick in Pentagon spending. Let’s step back to look at the fuller picture of the relative valuation of the two companies by looking at historical Revenue Growth as well as Operating Income and Operating Margin growth. Our dashboard Oracle vs. Lockheed Martin: ORCL stock looks overvalued compared to LMT stock has more details on this. Parts of the analysis are summarized below. 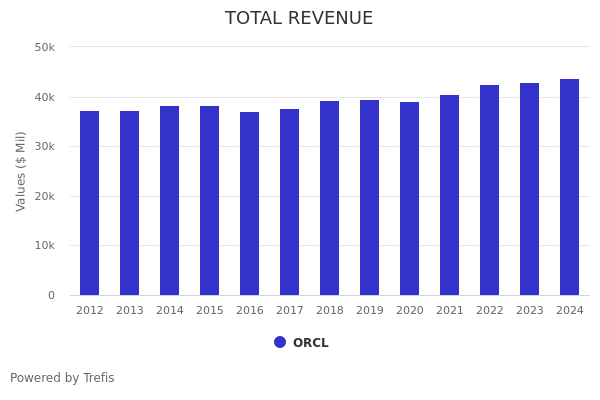 What to expect for Oracle stock, one day after earnings?

Oracle Stock To Beat The Consensus In Q4?

Company Of The Day: Oracle

Where Is Oracle’s Stock Headed?

Aspen Technology’s Stock Falls Post Earnings, What Is Its Likelihood To Rise?

Is Oracle’s Stock Above Its Near Term Potential?

Aspen Technology’s Stock A Buy After Sell Off?

Oracle’s Stock To Fall After A 3% Gain Last Week?

Intel, Oracle And Cisco Stock: Will Tech’s Old Guard Beat The Market In 2021?

Cloudera To Gain From Shift To Cloud?