Do you think your financial adviser doesn’t really deserve the fee you shell out? If yes, you are definitely not alone with this view. At least that is what BlackRock (NYSE:BLK) concluded based on an investor horizons survey in the U.K. that showed more than two-thirds of the people surveyed were not willing to pay for financial advice. [1] More interestingly, a majority of them held the opinion that the advice was not worth their money even if they were assured about the adviser’s qualifications, transparency and impartiality. This clearly does not bode well for the likes of BlackRock and State Street (NYSE:STT) who make a large chunk of their revenues from investment advisory fees.

We maintain a $213 price estimate for BlackRock’s stock, which is at a premium of about 10% to the current market price.

BlackRock surveyed 2,031 individuals in the U.K. to gauge their preference for financial advice. And the results showed that most of them are averse to the idea of consulting a professional adviser about their short-term and long-term financial goals. A good 65% of the individuals did not want to pay for financial advice. And this number improved only slightly to 52% when they were assured of the adviser’s qualifications, impartiality of advice and of transparency in fee structure.

In what emerges as a worrying pattern, the survey results show a widespread lack of trust among retail investors towards financial advisers. While poor returns from financial markets in recent years have definitely contributed to the loss in confidence, the increasing pressure on advisers from financial firms to draw in more customers following the crisis can lead to a lack of personalize attention in meeting financial objectives.

There is, thankfully, still some hope for the financial advisory firms to salvage the situation and regain investor trust. Fees from advisory services have remained low in recent years as investors choose to stash money in savings accounts rather than look at investment options. 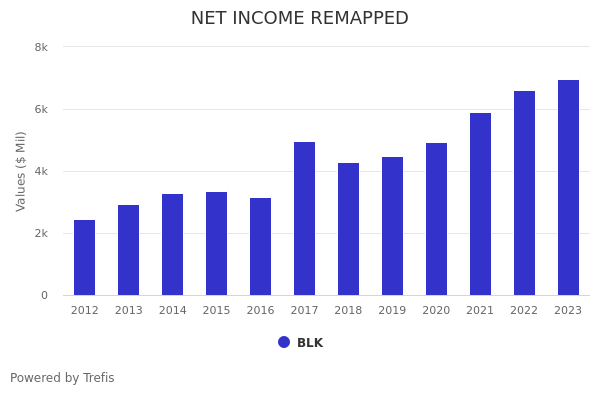 What To Expect From BlackRock Stock In Q2?