Unlike other U.S. media conglomerates, Viacom (NYSE:VIA) is one of the least diversified and relies heavily on its flagship media networks, which include Nickelodeon, Comedy Central, MTV and VH1, among others. Almost 80% of the company’s revenue comes from the Media Networks segment, of which Nickelodeon and MTV particularly benefit from strong brands. Per our estimates, Nickelodeon represents 14% of Viacom’s stock value, while MTV represents 9% of the company’s value.
Nickelodeon is the highest-rated kids channel in the U.S, which offers popular shows and reaches over 490 million households worldwide. While MTV does not generate cash flows as strong as Nickelodeon’s, the brand holds a strong appeal internationally, with 372 million subscribers worldwide. 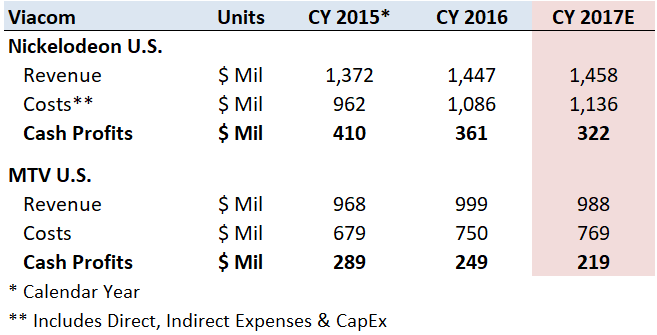 Both of these channels earn revenues by collecting subscription fees from pay-TV service providers, in addition to advertising revenues. However, we believe that Nickelodeon is much more valuable to the company than MTV. Here’s why.

Have more questions on Viacom? Please refer to our complete analysis for Viacom 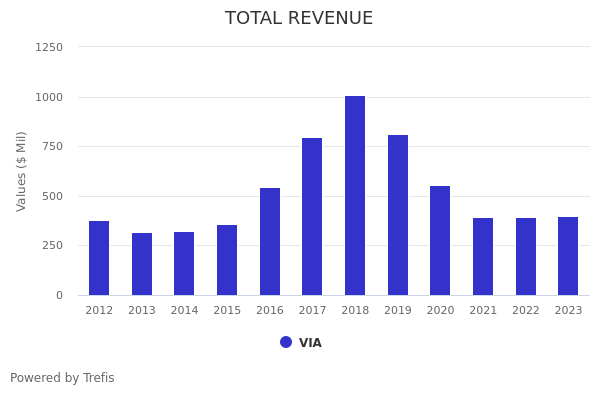 Better Bet Than VIA Stock: Pay Less Than Viacom To Get More From Stock CNTY

Better Bet Than VIA Stock: Pay Less Than Viacom To Get More From Stocks CLF, CNTY

Dates Cached For VIA