Our theme of Space Stocks – which includes U.S.-based established aerospace players, upstart space companies, and satellite communications firms – has declined by about 2% thus far in 2022, faring much better than the broader S&P 500 which remains down by over 17% over the same period and the Nasdaq-100, which has declined by about 29% this year. While futuristic stocks, in general, have been impacted by high inflation and rising interest rates, space stocks have fared much better, partly due to the fact that the theme also includes defense contractors who benefit from ongoing geopolitical tensions and rising defense spending following the Russian invasion of Ukraine. Moreover, private players have also made deeper inroads into government space programs. For instance, Nasa’s Artemis program, which is the successor to the Apollo moon mission, recently saw a successful test flight of the Lockheed Martin-designed Orion spacecraft which went to the lunar orbit and returned unmanned. Elon Musk’s SpaceX will play a big role in future missions, which will carry astronauts.

So, what is the outlook like for the theme? Although the theme could remain volatile in the near term, with some uncertainty about business models for some pure-play space players, there is still a pretty good case for investing in space stocks for the long haul. As we are seeing with the Artemis program, there has been a gradual shift from government-driven space programs toward more partnerships, and this could bode well for the companies in our theme. New markets also appear to be opening up. Satellite communications, for instance, appear to be going mainstream. Apple unveiled text-based satellite connectivity for emergency situations on its latest iPhone 14 devices, while T-Mobile US is working with SpaceX to connect a majority of the smartphones on T-Mobile’s network to SpaceX satellites. Space tourism is also likely to gain traction. Within our theme, Lockheed Martin (NYSE:LMT) has been the best performer, with its stock up 37% year-to-date in 2022, driven partly by the ongoing tensions between Ukraine and Russia, which have been driving defense stocks higher. Similarly, Iridium (NASDAQ:IRDM) has also fared quite well, with its stock gaining about 24% year-to-date. On the other side, Virgin Galactic (NYSE:SPCE) a small-cap, pure-play space tourism player, has been the worst performer, with its stock down by over 65% year-to-date due to repeated delays with respect to its commercial missions.

Pick Either Norfolk Southern Stock Or This Travel Company: Both May Offer Similar Returns 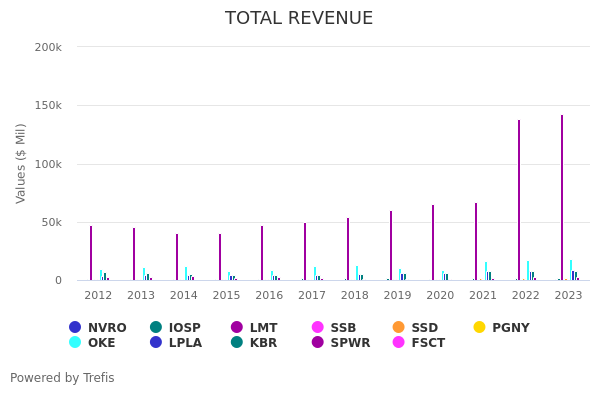 Lockheed Martin vs. Large Cap Stocks: Which Is A Better Investment?