Kimberly-Clark Corp (NYSE: KMB) stock price has remained roughly unchanged at around $120 since late 2017, primarily due to unfavorable changes in its P/S multiple. However, over this period, the company witnessed a rise in its revenue per share, helped by a rise in revenue and a drop in the outstanding share count. Despite this, the stock has underperformed the S&P, which returned a little under 40% over the same period.

In our interactive dashboard, Why Kimberly-Clark Stock Moved: KMB Stock Has Lost 0% Since 2017, we break down the factors behind this move. 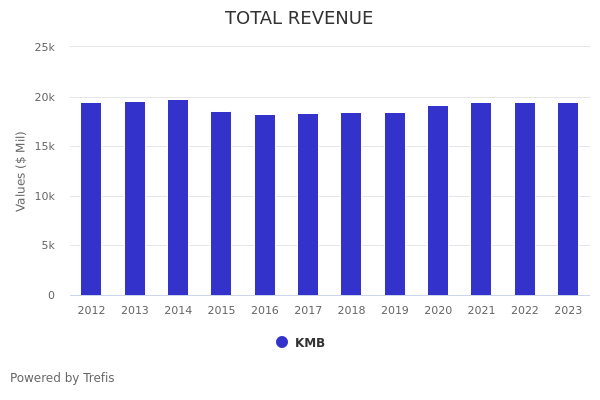 Why Kimberly-Clark Stock Moved: KMB Stock Has Gained 19% Since 2018 Primarily Due To Favorable Change In Revenues

Down 7% In 2022, Can Kimberly-Clark Stock Bounce Back Despite Profitability Woes?

Read This Before Buying Kimberly-Clark Stock

Kimberly-Clark Stock To Surge To $160?

Has Kimberly Clark Stock Peaked At $144?