F5 Networks (NYSE: FFIV) recently announced that it has entered into an agreement to acquire Shape Security – a security company that protects the websites and mobile apps of some of the world’s largest enterprises from various types of fraud and cybercrime. Notably, F5 will shell out $1 billion to acquire Shape Security – a figure that represents a Price-to-Sales (P/S) multiple of 14.3x for the target company, which is nearly 4 times F5’s estimated FY’20 P/S multiple of 3.6x. The deal is expected to close in March 2020, and F5 is expected to fund the transaction through cash on its balance sheet and a $400 million unsecured term loan.

This is the most expensive acquisition in F5’s history and we believe the acquisition will weigh on the company’s earnings in the near term but is likely to boost F5’s growth in the long term. Trefis quantifies the impact of the Shape acquisition on F5’s operating metrics in the scenario-based dashboard How Much Could F5 Networks Be Worth Post It’s Shape Security Acquisition? Besides detailing the rationale behind the acquisition, we arrive at the potential upside to F5’s stock as a direct result of the acquisition.

#2. However, Additional Expenses of ~$115 Million Are Expected To Be Incurred Due To Shape Integration

#3. Additional expenses are likely to weigh on the company’s earnings resulting in erosion of $0.49 per share in FY’21

#4. This reduces our price estimate for F5’s shares by 5%

Details about our forecast for F5’s EPS for FY21 are available in our interactive dashboard.

To sum things up, the acquisition of Shape will help F5 to become an end-to-end application protection company that would protect the applications from the development stage all the way to when end users interact with them. However, the price tag of $1 billion looks a bit steep for the company that has just around $70 million of revenues. Moreover, the means of financing the deal will likely be a drag on the earnings in the near future. In fact, the reduction in the company’s projected valuation as detailed above indicates that F5 paid roughly $500 million more than it should have for Shape Securities.

What’s behind Trefis? See How it’s Powering New Collaboration and What-Ifs
For CFOs and Finance Teams | Product, R&D, and Marketing Teams
More Trefis Data
Like our charts? Explore example interactive dashboards and create your own 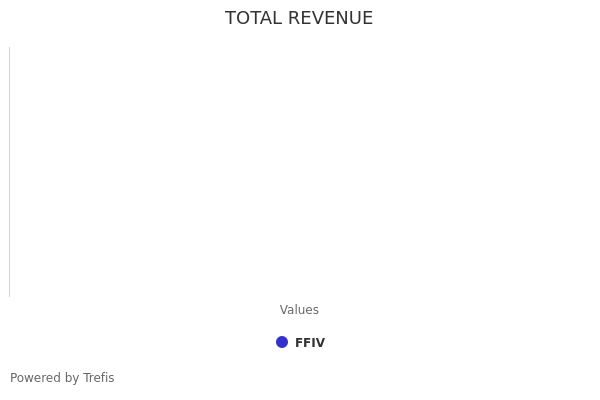 Why F5 Networks Stock Moved: FFIV Stock Has Gained 32% Since 2017 Primarily Due To Favorable Change In Price To Sales Multiple (P/S)

What to expect for F5 Networks stock, one day after earnings?