F5 Inc. (NASDAQ: FFIV) stock price rose just 20% from $131 at 2017 end to around $157 currently, primarily due to favorable changes in its sales. During this period, the company, a networking services and security provider, witnessed a decent 28% rise in revenues along with a drop in its outstanding share count, but its P/S multiple has dropped over the same period. Additionally, over this period, the S&P 500 returned a little under 50%, meaning that FFIV stock underperformed the broader markets since 2017.

In our interactive dashboard, Why F5 Networks Stock Moved: FFIV Stock Has Gained 19% Since 2017, we break down the factors behind this move. 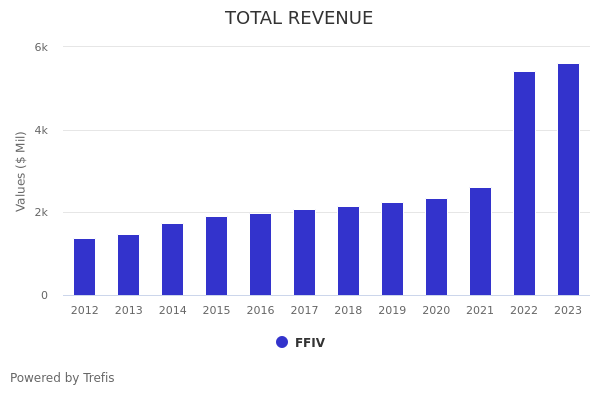