The year 2016 can be characterized as ‘a mixed one’ for Dow Chemical Company (NYSE:DOW). On the plus side, the company closed the ownership restructuring of Dow Corning, and announced merger with its rival DuPont. Both these moves are aimed at addressing significant margin and competitive pressure that it has been facing for the past few years.  Additionally, its third quarter results saw higher demand for its agriculture products in Latin America. However, the prices across the chemical industry continued to decline, offsetting volume gains in emerging markets. Additionally, the Dow DuPont merger is under investigation from European authorities, which casts doubt over whether the deal will go through. There are a few variables at this point, and we expect the first half of 2017 to reveal how the business shapes up in the next two to three years.

Our price estimate of $60.50 for Dow Chemicals is roughly 5% above the market.

For the last few years, Dow Chemical Company’s business has been reeling under the pricing pressure arising from intense competition in the chemical industry. This trend continued in 2016 as the company saw a decline of nearly 6% in its revenue in the first nine months of the year. The average prices fell nearly 9%, more than offsetting a modest 3% growth in the sales volume. The continued pricing pressure can be attributed to lower raw material prices and competitive pressure. We note that Performance Plastics and Performance Materials business segments saw the largest decline in average prices, which is somewhat in-line with historical trends. Although still the largest, the combined revenue contribution of these two businesses has declined notably in the last five years.

Nevertheless, third quarter results were slightly encouraging as the agriculture segment beat our expectation by posting about 6% growth. This was driven by strong demand in Latin America. We believe that the increase in demand partly stemmed from early planting season. However, the overall weakness in the crop protection market continued because of high inventory levels and the use of pest resistant crops.

Dow’s Stock Price Was Up More Than 10%

Despite the revenue decline and industry concerns, Dow Chemical Company’s stock price increased more than 10% during the year. Most of this increase can be mapped to a brief 3-week period starting around the end of November. While it is difficult to pinpoint a single factor driving the stock, we note some positive developments during the aforementioned period that perhaps led to increased investor optimism. First, a joint venture between Dow Chemical Company and Saudi Arabian Oil Company was inaugurated. Dow expects to play a major role in developing Saudi Arabia’s economy which is currently highly dependent on oil. Second, Dow announced investment in new R&D center in Michigan, which will focus on personal care products, energy-saving building technologies and hybrid automobile solutions. This comes as a positive, as Dow will benefit from investment in emerging technologies and finding high technology niche where it can specialize, eventually taking pressure off core businesses where the growth is becoming increasingly difficult. Third, the new U.S. president Donald Trump appointed Dow Chemical Company’s CEO to lead the manufacturing council.

The biggest highlight of the year was the announcement of merger between industry giants Dow Chemical Company and DuPont, valuing the combined entity at about $130 billion. We believe the merger makes sense as it will allow the two companies to navigate recent challenges in the agricultural and chemical industries, and unlock shareholder value by eliminating redundant operations. The two companies have been facing pressure from activist investors because of stagnation resulting from the global slowdown, declining commodity prices, the strengthening dollar and bloated cost structures. The slowdown in the industry has prompted other players to pursue inorganic growth as well. The revenue growth of Monsanto and Syngenta has been flat for the past few years while over the last three years BASF’s (agriculture division only) revenue declined by about 3%. Monsanto had tried to acquire Syngenta in the past but withdrew later. At present, ChemChina is working on clearing hurdles which will allow it to acquire Syngenta and Bayer has announced its acquisition of largest agro-chemical player Monsanto for about $66 billion.

Apart from the above, Dow Chemical Company completed the ownership restructuring of Dow Corning. It now expects nearly $500 million in annual synergies, and expects to achieve $1 billion of additional annual EBITDA.

Please let us know your views by commenting in the box below. 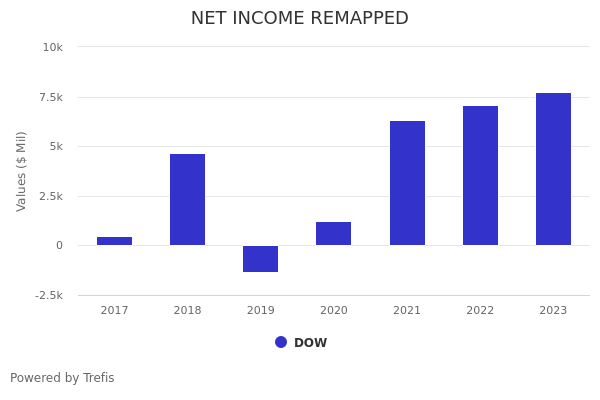