T-Mobile stock (NASDAQ: TMUS) has rallied over 57% since mid-March (vs. about 50% for S&P 500) to its current level around $116. This is after falling to a low of $74 in mid-March, as a rapid increase in the number of Covid-19 cases spooked investors, and resulted in heightened fears of an imminent global economic downturn. The stock is currently about 15% above its February 2020 high of $100. Are the gains warranted or are investors getting ahead of themselves? We believe that the stock recovery is justified, and think the stock price is likely to increase further at a modest rate of close to 5% from its current level in the near term, driven by healthy growth in revenues following the acquisition of Sprint Corp (which helped T-Mobile become the 2nd largest telecom player, beating AT&T and being just behind Verizon), though the drop in margins is likely to limit the extent of the upside. Our conclusion is based on our detailed comparison of T-Mobile’s stock performance during the current crisis with that during the 2008 recession in our dashboard analysis.

How Did T-Mobile Fare During 2008 Downturn?

We see TMUS’ stock declined from levels of around $54 in October 2007 (the pre-crisis peak) to roughly $27 in March 2009 (as the markets bottomed out) – implying that the stock lost as much as 51% of its value from its approximate pre-crisis peak. This marked a drop that was similar to that of the broader S&P, which also fell by about 51%.

However, TMUS’ stock fell further post the 2008 crisis to about $16 in early 2010 – dropping by about 41% between March 2009 and January 2010, as against the S&P which in fact bounced back by about 48% over the same period. T-Mobile’s stock began its recovery in the second half of 2010, much after the markets rebounded.

After Such A Strong Recovery, Can We Expect Further Gains?

The global spread of coronavirus in early 2020 affected industrial and economic activity. For T-Mobile, the exuberance provided by the green light given by the district judge to the T-Mobile and Sprint merger, and the merger being completed in April 2020, completely trounced the general bearish sentiment in the market. The deal is expected to help T-Mobile register healthy subscriber growth, while also providing the company access to Sprint’s key radio frequency assets which, when combined with T-Mobile’s, will give it industry-leading 5G technology. This was reflected in the recently released Q2 2020 results of the company, which saw T-Mobile’s revenues jump by 59% y-o-y. TMUS added more than 1.2 million net new customers in Q2, which includes 1.1 million postpaid subscribers, who are generally the most profitable and sought-after wireless customers. T-Mobile’s customer base now stands at 98.3 million, which puts it ahead of AT&T and makes it the second largest telecom player, just behind Verizon. Focus on, and heavy investment in, 5G technology expansion is what T-Mobile is expected to concentrate on in the medium term if it wants to surpass Verizon as well.

Thus, with healthy revenue growth over the years, better than expected Q1 and Q2 2020 results despite the crisis, a positive outlook due to the merger with Sprint, and 5G expansion has helped T-Mobile see healthy growth in its stock price. The company is expected to cumulatively add close to $32 billion to its revenue base in 2020 and 2021 (growth of 70%-75% compared to 2019) due to the merger. Sharp rise in revenue is likely to offset the near-term drop in margins due to spending on 5G expansion, thus providing further upside to TMUS stock despite such a healthy recovery in the last 4 months. As per T-Mobile valuation, Trefis has a price estimate of $121 per share for TMUS stock, reflecting an upside of about 5% from its current level.

While, T-Mobile may rise at a modest rate, want out-performance? Try guessing the % returns for our Pershing-inspired portfolio – based on billionaire Bill Ackman’s firm Pershing Square – vs. the S&P over the last 1 week, 1 month, 3 months, YTD or even 3 years. Our portfolio combines high growth, quality, and risk mitigation criteria in an interesting way.

For greater insight in to the telecom space, check out a comparative analysis of major telecom giants – T-Mobile vs Verizon and AT&T vs Verizon. 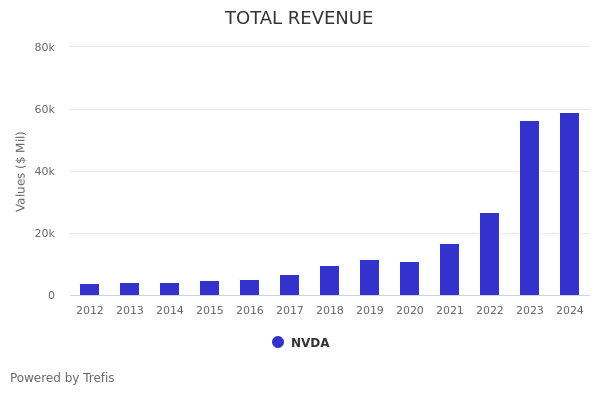