In a two-part series of articles, we analyze the digital advertising landscape in the U.S., along with its key players such as Facebook (NASDAQ:FB) and Google (NASDAQ:GOOGL). Sized at $49.5 billion in 2014, the U.S. Internet advertising market could grow to over $100 billion by 2019, according to Forrester Research. The primary reason for this is the advent of digital marketing among brand advertisers, owing to increasing ubiquity of smartphones and PCs, coupled with improvement in ad measurement techniques. Future growth in the digital advertising market will be fueled by mobile ads, as the platform is still highly under-penetrated within brand marketing budgets, as compared to the amount of time spent on mobile devices.

The share of mobile devices in the overall U.S. ad market and its Internet ad market could rise to 16% and 45%, respectively, by 2019. At the same time, search advertising will continue to account for the largest share (around 44%) of the overall digital marketing spend, owing to its proven returns. Social media ad marketing is expected to grow at the fastest rate in the coming years, however, its pace could further magnify with the delivery of better and more targeted ads.

How Big Is The Internet Advertising Market In The U.S.? 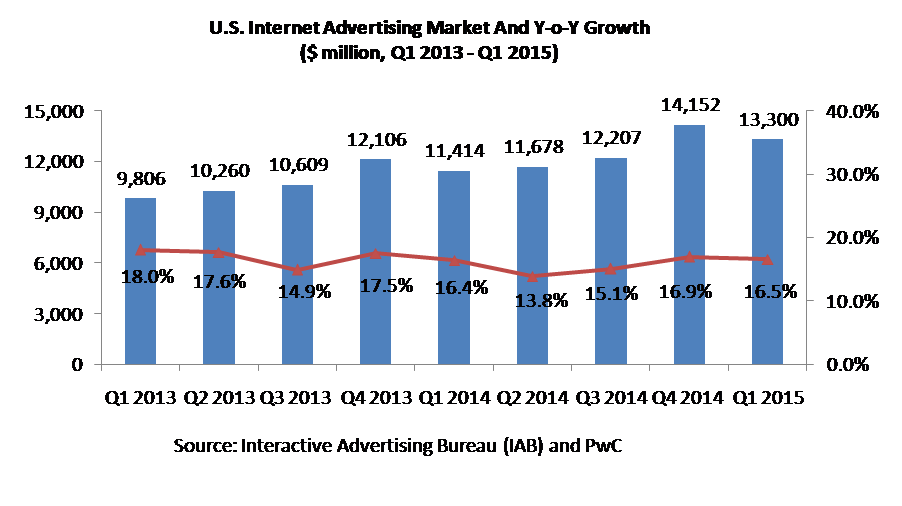 How Is The Market Split Up By Ad Format? 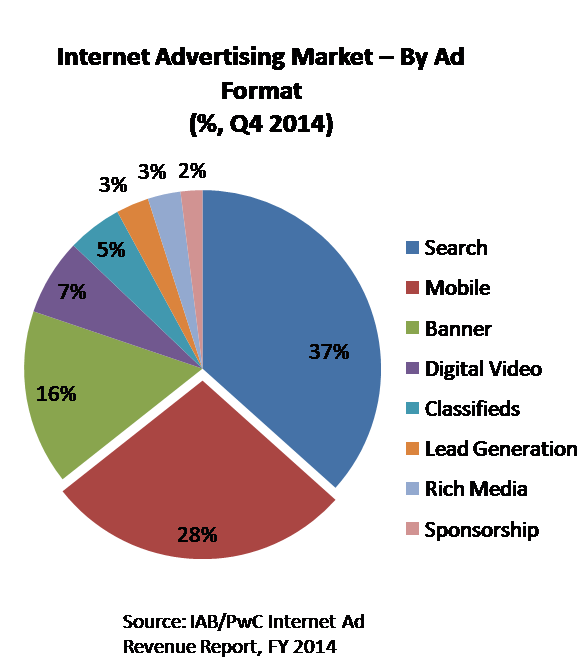 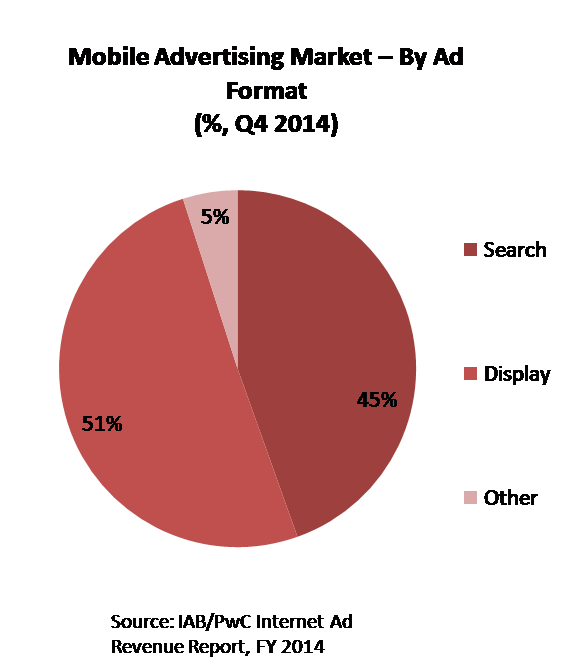 Non-mobile search comprised for the highest share (37%) of the overall U.S. Internet advertising market during the last quarter of 2014, according to the Interactive Advertising Bureau (IAB) and PwC. [3] Additionally, non-mobile display-related advertising contributed 27% of the total market, during the same quarter. Display-related advertising comprises of different ad formats such as banner ads, digital video, rich media, and sponsporship. The share of mobile in the overall market increased from 19% in Q4 2013 to 28% in Q4 2014. Mobile advertising can further be segmented into search (45%), display (51%) and other advertising (5%). In terms of revenue by pricing model, almost 66% of the market revenue in Q4 2014 came from performance-based ads, followed by cost per thousand impression ads (CPM) which comprised nearly one-third of the overall revenues. The share of hybrid ads was the lowest at around 1%.

How Is The U.S. Internet Advertising Market Expected To Grow In The Future? 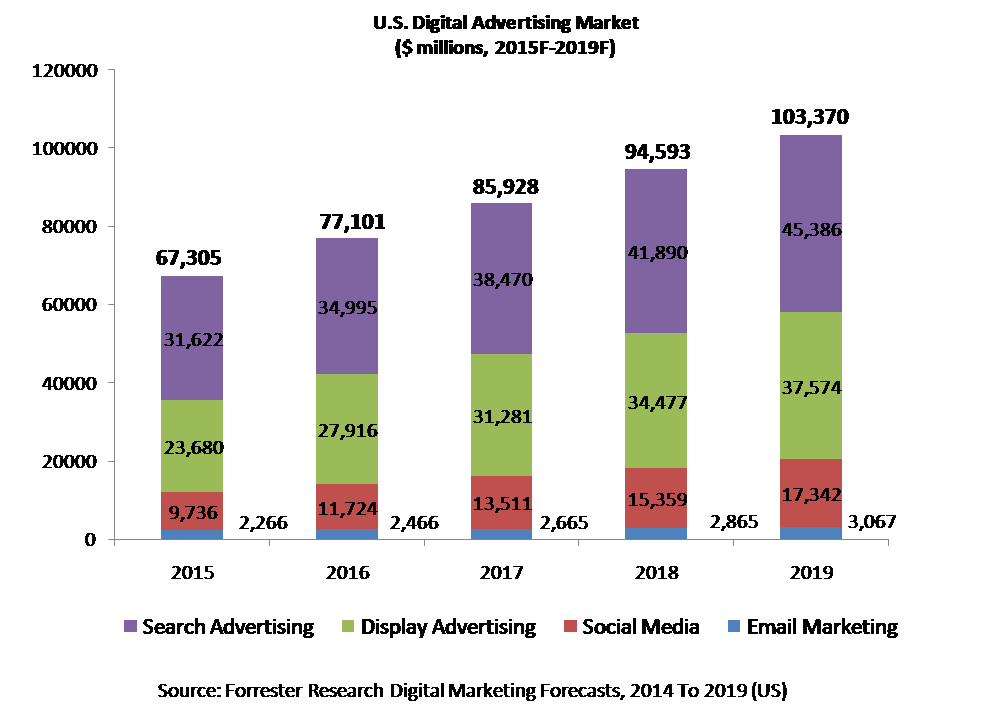 The digital advertising market in the U.S is forecast to grow at a CAGR of 11.3% during 2015 and 2019 to reach $103.3 billion, according to Forrester Research. [4] As a consequence, the share of interactive marketing spending within the overall U.S. advertising market is forecast to rise from 27% in 2015 to 35% in 2019. Increasing time spent by consumers on digital devices, improvement in the overall economy, and better ad targeting and measurement techniques represent the key factors that will drive this strong growth in the industry. Further, spending on mobile ads, which could reach $46 billion by 2019, will fuel the majority of the growth in the industry (according to Forrester). This is because the mobile platform is under-penetrated within average brand advertising budgets, as compared to the amount of leisure time spent by consumers on mobile devices. According to data by Flurry (a mobile analytics company), Americans spend an average of 2 hours and 57 minutes daily on mobile devices as compared to 2 hours and 48 minutes on TV (as of Q3 2014). [5]

Search marketing will continue to account for the highest share in the overall U.S. digital advertising budget, but its contribution could drop from 47.0% in 2015 to 43.9% in 2019,according to Forrester Research. [4] This form of digital advertising will continue to remain highly attractive for marketers as its return is easy to measure. At the same time, the share of social media ad spending could rise from 14.5% in 2015 to 16.8% in 2019. In the event the return from social media ads improves significantly, we believe this share could even surpass 17-18% by 2019.

In the next article, we discuss the competitive landscape in the U.S. digital advertising market, and how the market share for various players could possibly trend in the coming future.