BlackBerry (NYSE:BB), the smartphone pioneer that has since reinvented itself as a provider of cybersecurity and automotive software, has seen its stock price rise by over 23% over the last week (five trading days). The stock remains up by about 22% over the last month. In comparison, the S&P 500 was up by 3.9% over the last week and by 3.8% over the last month. There are a couple of factors driving the recent gains. Firstly, BlackBerry posted a stronger than expected set of earnings for the quarter ended August 31, driven by strong demand for its cyber security and Internet of Things offerings. Secondly, BlackBerry also recently expanded its partnership with automotive electronics major Visteon, with Visteon planning to use BlackBerry QNX software and services on the next-generation digital instrument clusters. Moreover, BlackBerry stock is also seeing higher volumes, likely driven by rising interest on Reddit forums.

Now, is BlackBerry stock poised to grow? Based on our machine learning analysis of trends in the stock price over the last ten years, there is only a 39% chance of a rise in BB stock over the next month (about twenty-one trading days). See our analysis on BlackBerry Stock Chance of Rise for more details.

There has been a renewed interest in cybersecurity due to several high-profile cyberattacks in recent months. Check out our theme of Cyber Security Stocks for a list of stocks that stand to benefit. 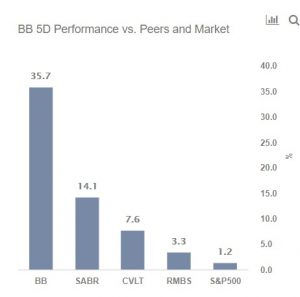 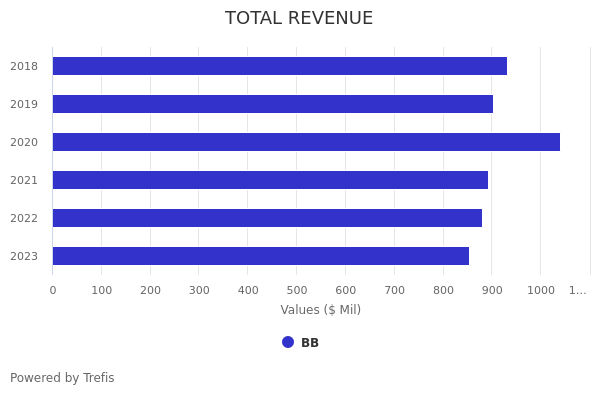