Our theme of 5G Stocks – which includes U.S.-based wireless carriers, infrastructure players, semiconductor companies, and testing solutions providers that stand to benefit from the ongoing transition of the wireless industry to 5G – has declined by about 24% year-to-date, underperforming the S&P 500, which remains down by about 20% over the same period. There are a couple of factors that have hurt returns for the theme. Firstly, with the Federal Reserve raising interest rates at a more aggressive pace, high-multiple tech stocks have taken a hit. This could be weighing on the theme, which has several semiconductor companies.  Moreover, the ongoing semiconductor shortage and material cost inflation have also been impacting the companies in our theme, although this is likely to ease in the coming quarters. So what’s the outlook like for the 5G space?

While U.S. carriers began their 5G rollout in earnest over three years ago, there remains reasonably strong room for growth for the technology for a couple of reasons. While initial 5G deployments in the U.S. were focused on the high-band spectrum, a considerable amount of the mid-band spectrum, which is seen as the sweet spot in terms of speed and coverage, has recently been made available for wireless carriers.  Over two auctions conducted in January 2021 and January 2022,  carriers have spent over $100 billion on mid-band airwaves and they will now need to double down on infrastructure to deploy the spectrum by upgrading existing cell sites and installing new ones. Moreover, with 5G there are new players in the U.S. (Dish Network) and globally (such as Rakuten) deploying networks from scratch without any existing cellular infrastructure and this could also drive demand.  Moreover, enterprises are also looking to build private 5G networks and this could also be a growing market for technology providers. There’s also more room for growth in 5G spending on the handset side of the market as well, as smartphone manufacturers increasingly equip mid-range and lower-end devices with 5G capabilities.

Within our theme, wireless major Skyworks stock (NASDAQ:SWKS) has been the fastest-growing company, with revenue rising by almost 52% over the last 12 months. Verizon (NYSE:VZ) appears to be among the most reasonably valued stocks in the theme, with a price-to-sales multiple of just about 1x.

Will Verizon’s Postpaid Business Continue To Weigh On Its Earnings In Q3?
Visualize Related Companies:
Verizon , T-Mobile US 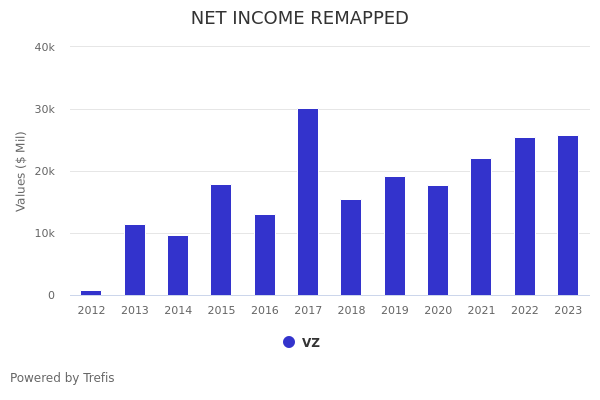