Groupon’s (NASDAQ:GRPN) stock has been weighed on of late by IBM’s lawsuit against the company for intellectual property infringement, which the parties recently agreed to settle for $57 million. On July 27, Groupon’s stock fell 7% when a jury initially ruled in favor of IBM, followed by another 7% decline on August 3 due to misses on revenue and EPS. While the company has seen some improvements in operational metrics, until the company sees improvements in revenue growth, investors may remain skeptical. Below we discuss the trends impacting the company’s results and what we expect when it reports its third quarter earnings on Wednesday, November 7.

We currently have a price estimate of $5 per share for Groupon, which is around 30% higher than the current market price. Our interactive dashboard on Groupon’s Price Estimate outlines our forecasts and estimates for the company. You can modify any of the key drivers to visualize the impact of changes on its valuation.

What To Expect From Q3 Earnings

While Groupon’s Q2 headline numbers came in lighter than expected, some of the company’s operating metrics have shown improvements of late:

Despite these positive trends, the issues of declining revenue continue to persist. In addition, the company plans to continue investing in its international operations. We will therefore be looking for any commentary around volume and pricing growth.

Do not agree with our forecast? Create your own price forecast for the Groupon by changing the base inputs (blue dots) on our interactive dashboard. 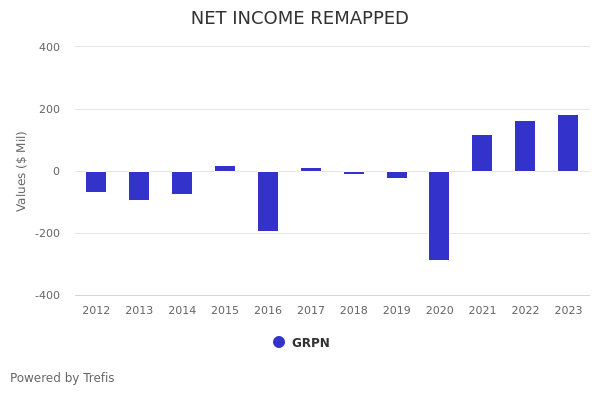 Groupon (GRPN) Stock: 43% of days in last 3 months had 1% or greater fluctuation

Is Groupon’s Stock Attractive At $21?

Does Groupon Have Upside Once Pandemic Subsides?

Why A Groupon-Yelp Deal Is A Bad Idea

Groupon’s Q1 Weakness Likely To Remain In Q2, But The Outlook For The Year Isn’t All Bad

What To Watch For In Groupon’s Q4 Earnings

How Much Will International Business Contribute To Groupon’s Top Line Growth?

Despite Recent Declines, Groupon’s Stock Still Looks To Be Worth Over $4

What To Expect From Groupon Through 2018 After Q2 Revenue Decline

What To Expect From Groupon’s Second Quarter Earnings