Brinker International’s stock (NYSE:EAT) declined by 14% in the last twenty-one trading days. In comparison, the broader S&P500 index rose by 2.6% over the same period. The fall was triggered after the company released preliminary earnings where it was seen that the company’s margins were much lower than anticipated due to higher labor and food costs. The company’s diluted EPS was $0.34 which was less than half of consensus estimates of $0.78. Now, is EAT stock poised to grow? Based on our machine learning analysis of trends in the stock price over the last ten years, there is a 67% chance of a rise in EAT stock over the next month (twenty-one trading days). See our analysis on Brinker International’s Stock Chance Of Rise for more details. 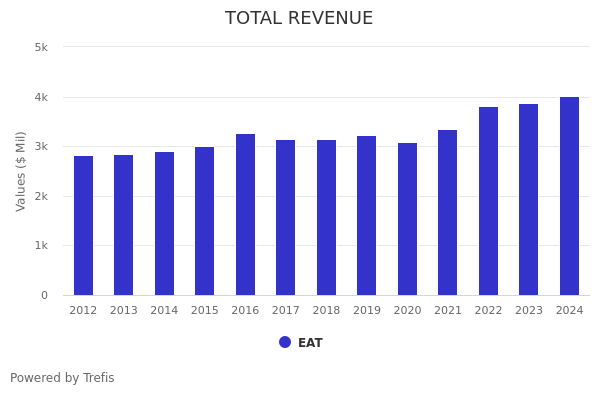