Travelzoo (NASDAQ:TZOO) recently reacquired its Asia Pacific (APAC) business from Azzurro Capital for $22.6 million. After the initial hiccups of launching a hotel booking platform, Travelzoo had finally been able to witness growth in the platform in 2015. Consequently, Travelzoo, which erstwhile operated in North America and Europe, envisioned further global expansion for the hotel platform. Travelzoo’s APAC business, with its healthy topline growth (~$11 million in 2014) and a substantial subscriber base (~3 million) is expected to aid Travelzoo in this mission. Travelzoo’s APAC business currently has operations in Australia, China, Hong Kong, Japan, Taiwan, and Southeast Asia.

Travelzoo had sold its APAC business six years ago for $3.6 million. This was because the weak performance of this division was dampening Travelzoo’s overall earnings. The spinoff agreement had the option of Travelzoo buying back the APAC segment at a fair market value, later on. [1] [2]

Travelzoo had a subscriber base of  27 million as of 2014, including its Asia Pacific business, that was erstwhile operated as a  separate entity. 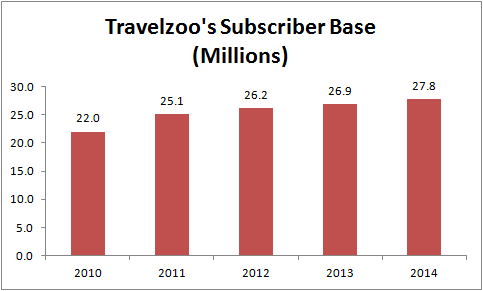 Our price estimate of $9.30 for Travelzoo is slightly higher than the current market price.

See our full analysis of Travelzoo

Hotel Platform Launch And Lackluster Demand In 2014: Previously, Travelzoo was solely a deal publishing website, where customers could find discounted travel and entertainment deals. Travelzoo’s supply or push-based hotel offerings transformed with the introduction of its demand or pull-based hotel platform in Q1 2014. The hotel booking platform enables users to book hotels directly from Travelzoo’s website or through a mobile platform, thus presenting Travelzoo with the functionality of a regular OTA. This platform offered hoteliers the freedom to sell full-priced stays under a commission-based model. Additionally, Travelzoo’s subscribers could find more suitable stay options rather than take whatever is given under the discount deal section.

However, the platform couldn’t generate enough traction in 2014, and as a result, Travelzoo’s revenue witnessed a 10%  year-on-year decline to $142 million for the full-year 2014. [3] The company relaunched the hotel booking platform at the end of February 2015, with newer content pertaining to six destinations including New York, Las Vegas, and Chicago. The current focus is on making the deals easy to find at any point in time and through any device. [4]

The hotel platform started witnessing positive response since the beginning of 2015. The hotel search and searching for deals for specific dates have witnessed significant growth on the platform. The company, encouraged by the hotel platform’s reception and conversion rates in North America, intends to set out a global roll-out soon. It is at this point that Travelzoo’s APAC business comes into significance. 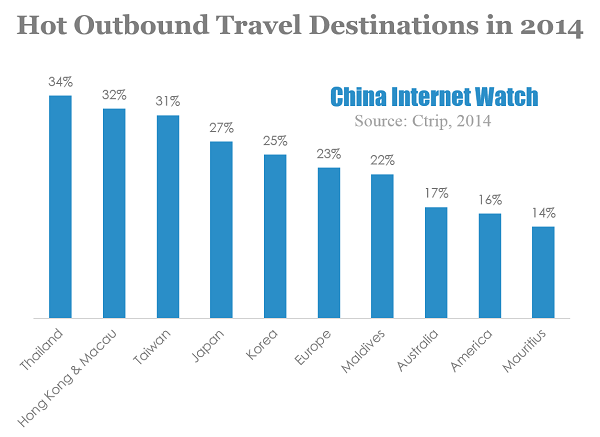 Currently, Travelzoo’s APAC subscriber base is distributed as follows [9] :

Will Travelzoo’s Search Segment Experience a Further Boost In The Future?

Travelzoo has recently included Beatrice Tarka, the CEO and founder of travel search engine platform, Mobissimo, into its board of directors. [2] Though Travelzoo refused to draw any connection between Travelzoo and Mobissimo’s relationship due to this inclusion, we believe there might be a possibility of a strategic relationship in the future.

Travelzoo’s Search division showed signs of recovery in 2015, after almost two years of weak performance. The division reaped better monetization in Q1 2015 and displayed 4% year-on-year growth in Search revenue to around $5 million. As a result of this, the management had marginally increased spend on Travelzoo’s products, i.e., SuperSearch and Fly.com. [4] There might be a probability of a strategic partnership with Mobissimo to further boost this segment in the future.

In conclusion, Travelzoo is currently trying to reinvigorate all its divisions, and the recent strategic moves seem designed towards moving in that direction.

Why Did Travelzoo’s Stock Grow Despite Only Modest Revenue Growth?

How Does Travelzoo Make Money?

Why Has Travelzoo’s Stock Price See-Sawed So Much Since Early 2018?

Can Travelzoo End Fiscal 2018 On a Strong Note?

What Is TripAdvisor’s Revenue And EBITDA Breakdown?

What Will Travelzoo’s Revenue Growth Look Like Through Fiscal 2019?

What Is Travelzoo’s Fair Value?

What Will Drive Travelzoo’s Revenue Growth In The Next Two Years?