The stock price for Colgate-Palmolive (NYSE: CL) is up roughly 13% since the end of 2017. In comparison, Kimberly-Clark (NYSE:KMB) has seen its stock grow by 40% during the same period. The difference in the stock price growth makes no sense when we look at the parameters for both companies.

Apart from that, Colgate’s price-to-earnings (P/E) multiple has dropped from 31x to 29x since 2017, while KMB’s multiple has risen from 17x to almost 25x. Given KMB’s significant exposure to pulp prices, it’s fair that it trades at a lower P/E multiple than Colgate, but given how the businesses have shaped up, the difference in change of P/E does not make sense, and we believe Colgate-Palmolive is a much better investment at the moment compared to Kimberly-Clark. Our dashboard, Kimberly-Clark’s Stock Price Change Of 39% vs. 13% For Colgate-Palmolive Since Early 2018 Doesn’t Make Sense, has the underlying numbers. 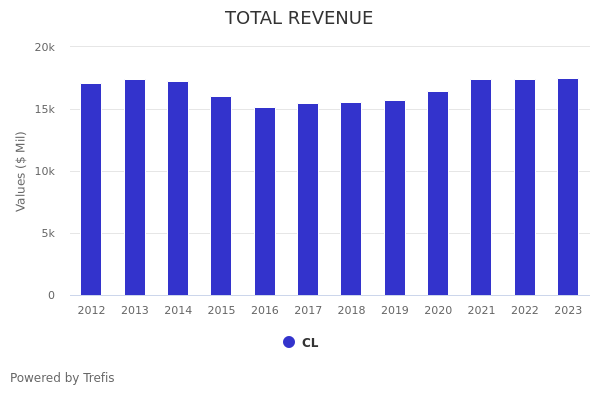 How Low Can Colgate Palmolive Stock Go In A Market Crash?

Can Colgate-Palmolive Stock Sustain Its Outperformance?

Colgate-Palmolive Stock Looks Unlikely To Continue Its Rally Next Month

Here’s Why Colgate-Palmolive Is A Strong Consumer Bet

After A Dismal Week, Colgate-Palmolive Stock Set For A Bounce Back?