In contrast to analyst expectations, Baker Hughes (NYSE:BHI) posted a huge earnings surprise for the March quarter, leaving the investors tongue-tied for doubting the company’s ability to cope with the ongoing commodity downturn. The US-based company, that was unable to show a steady recovery and missed its market estimate in the last quarter, recorded an adjusted loss of only 4 cents as opposed to the consensus forecast of about 21 cents. This improvement was driven by the steep rise in the drilling demand in the North American onshore markets, coupled with its relentless efforts to control its operating costs, and focus on innovation to enhance its product mix. Going forward, Baker Hughes expects the North American onshore markets to drive its recovery, while the international markets continue to remain depressed for the rest of the year.

In line with its peers, Baker Hughes witnessed a sudden surge in its North America onshore demand, particularly for its well construction business due to its strong franchise and expertise in these product lines. However, this was more than offset by the deconsolidation of the company’s onshore pressure pumping business and reduced customer spending in the Gulf of Mexico in the last quarter. In addition, the international markets, and more prominently the offshore markets, continued to remain weak due to lower sales, seasonal reductions, and price deterioration, further pulling down the company’s top-line for the quarter. 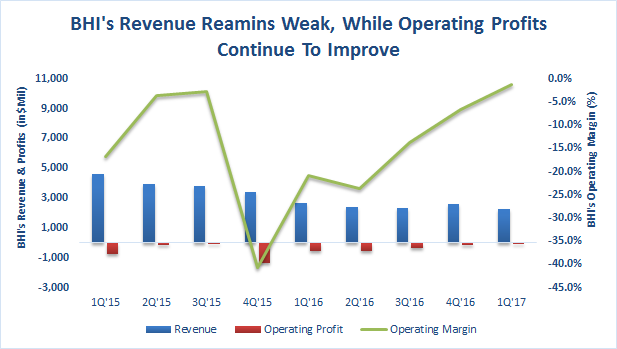 That said, the ramp-up in the North American markets led to supply chain challenges, along with a rise in the labor and materials cost for select product lines, which had a negative impact on the company’s profits. Further, the oilfield service provider booked one-time charges for impairment and merger-related costs, which weighed on its margins. Yet, Baker Hughes managed to post a sequential improvement in its operating income, driven by the bad debt recoveries from Ecuador, and a benefit consolidating of its onshore pressure pumping business. The company reported operating loss (GAAP) of $30 million in the March quarter, significantly lower compared to a loss of $560 million and $173 million posted in 1Q’16 and 4Q’16, respectively.

In the 1Q’17 earnings call, Baker Hughes highlighted that it is progressing well to combine its operations with General Electric‘s (NYSE:GE) oil and gas business by mid-2017. Just to recap, the deal is expected to result in a new entity, “New Baker Hughes,” with an aim to create a leading oilfield technology provider, offering best-in-class physical and digital technology solutions to its customers in more than 120 countries. Earlier this year, the US Department of Justice (US DOJ) requested the two companies to furnish additional information in connection with the proposed deal. This second request is generally a part of the DOJ review, but is likely to push the closure of the deal out by roughly 30 days. However, Baker Hughes and GE continue to be optimistic and are  working constructively with the regulatory agencies to obtain the required approvals to complete the transaction by mid-2017. (For more details, read: Does The GE Deal Make Sense For Baker Hughes’ Shareholders?) 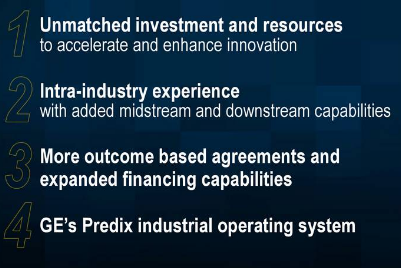 As highlighted by its competitors, Schlumberger and Halliburton, Baker Hughes reiterated that the North American onshore markets are estimated to lead the recovery in the oilfield services industry. Consequently, the company has been proactively negotiating new contracts with customers in this region to build a backlog, which will boost their top-line in the coming quarters. That said, the company believes that the pricing pressure in these markets continues to persist, and is likely to prevent the company from winning contracts at attractive rates.

Further, the oilfield contractor foresees softness in the international and offshore markets for the rest of the year. Although the company predicts that these markets have bottomed out, the pricing remains tight in these markets as well, as the customers continue to restrict their spending in the current volatile markets. Despite this, Baker Hughes’ production chemicals product line was awarded a long-term contract to supply chemicals for an ultra-deepwater field in Angola. In fact, the Houston-based company has won a few other contracts in North Sea, Western Australia, and Mexico, despite the weakness witnessed in these markets in the first quarter. These new awards indicate that the company is aggressively capitalizing on any international and offshore opportunities as and when they become available.

Thus, we figure that despite slow recovery in its top-line, Baker Hughes is making a solid progress in improving its profitability and returns by leveraging its expertise in a number of markets and further enhancing its product mix through innovation. 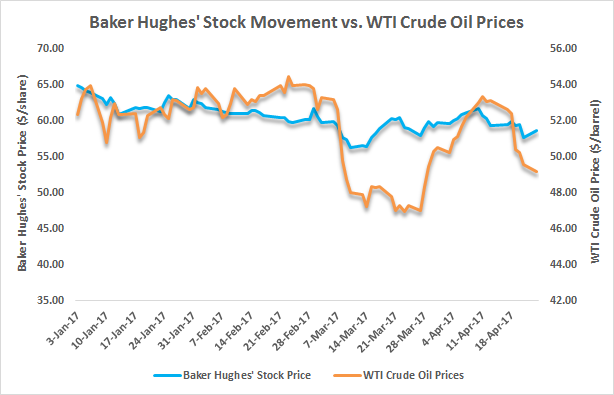