Luxury lifestyle company Ralph Lauren‘s (NYSE:RL) revenue growth is expected to accelerate in the future, owing to its strategic initiatives and a more comparable base as it laps the discontinuation of its several businesses in the future. While this top line outlook is encouraging, we look at a Porter’s Five Forces analysis of Ralph Lauren’s business to understand where it could gain or lose going forward.

The competitive rivalry within the luxury market is moderate to high with the presence of a large number of players. Some of these players have greater financial and marketing resources than Ralph Lauren. The growing competition from Internet-based companies could also impact Ralph Lauren’s financials in the future. Wholesale customers such as Macy’s and Kohl’s hold a degree of bargaining power as they account for a significant proportion of sales. While Ralph Lauren enjoys high brand loyalty, if it fails to adapt its products to changing consumer trends and preferences, then customers could gravitate towards other brands. Moreover, the risk from counterfeit products makes the threat of substitute products moderate.

Our $187 price estimate for Ralph Lauren’s stock, represents near 10% upside to the current market price. 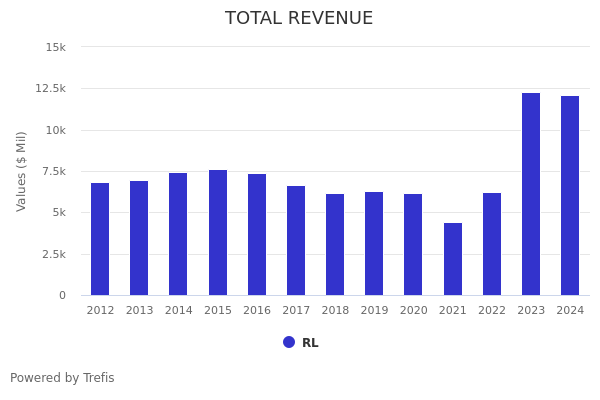 Ralph Lauren Q2 Preview: What Are We Watching?

What Is Next For Ralph Lauren’s Stock?

Is Ralph Lauren Stock A Buy?

Ralph Lauren’s Stock Grew 12% In The Last Week. What’s Next?

Company Of The Day: Ralph Lauren

Can Ralph Lauren’s Stock Rebound After A 5% Drop Last Week?

Is Ralph Lauren Stock A Buy?