Yelp (NYSE:YELP) will announce its earnings for Q2 2012 on August 1. It derives a major portion of its revenue from local advertising and brand advertising and also dabbles in auxiliary services like deals, reservations and bookings for additional revenue. During the earnings call, we will be looking closely at how its international expansion plans are faring. We’ll also look at how mobile usage continues to grow and may account for a significant portion of Yelp’s revenue, going forward given its recent momentum following partnerships with Apple and Bing.

Yelp has always been focused on the U.S. market, but after it raised a lot of cash during its IPO, it has been quite aggressively pursuing its international ambitions. In the last couple of months, it started operations in Denmark, Norway, Finland and other European markets. We expect it to continue to move into additional new markets, which should lead to a significant increase in its local advertising revenues driven primarily by an increase in active paying local businesses, which we estimate will reach 90K by the end of our forecast period. The expansion will also help Yelp attract more eyeballs from new markets, driving page views and brand advertising revenue.

Yelp’s mobile apps were used by 6.3 million monthly unique devices in Q1 2012, and has been growing at an encouraging rate. Given its recent partnerships with Apple (iOS Siri integration) and Microsoft (Bing integration), we expect its mobile usage metrics to increase significantly in the near future. Increased mobile usage could help it generate additional revenue from locally targeted deals, mobile reservations as well as mobile advertising and recommendations.

We expect mobile to account for a large portion of Yelp’s usage and revenue growth, going forward.

Yelp is one of the largest online business search, review and recommendation service, which enables consumers to access ratings and read reviews and opinions about local businesses like hotels, restaurants, salons, dentists and mechanics on its website. It competes primarily with online business review services like Google (NASDAQ:GOOG) Places, Yahoo (NASDAQ:YHOO) Local, Angie’s List, CityLocal and Gumtree; display advertising players like Google, Yahoo, Facebook and AOL (NYSE:AOL); and daily-deal sites like Groupon (NASDAQ:GRPN) and LivingSocial.

We currently have a $10 Trefis price estimate for Yelp, which stands nearly 50% below its market price. Here’s why we think Yelp is highly overvalued. We will revisit our price estimate following the earnings. 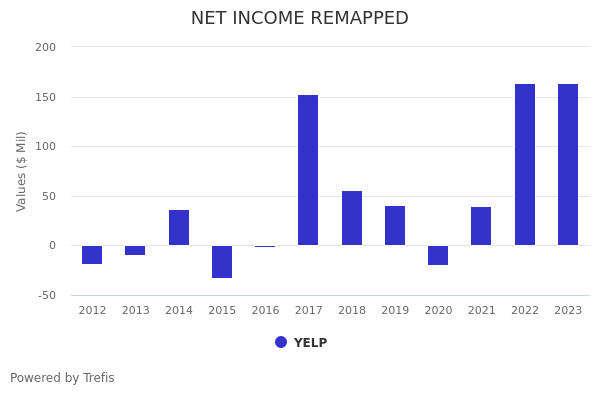 Better Bet Than YELP Stock: Pay Less Than Yelp To Get More From Industry Peer ATGE

What To Expect From Yelp’s Stock?