Wheaton Precious Metals (NYSE: WPM), the world’s largest silver streaming company, saw its revenue base shrink by $97.6 million in the last two years, from $891.6 million in 2016 to $794 million in 2018, due to lower silver production and a fall in global commodity price levels. However, Trefis has a positive outlook for the company’s revenues, with WPM shifting focus toward gold (which is expected to perform much better than silver) and adding Palladium as another revenue stream through the Stillwater agreement. Revenues are expected to increase over the next two years, reaching about $920 million by 2020.

You can view the Trefis interactive dashboard – Wheaton Precious Metals: How Does WPM Make Money? – to better understand the company’s business, along with historical and expected revenue performance. In addition, here is more Materials data. 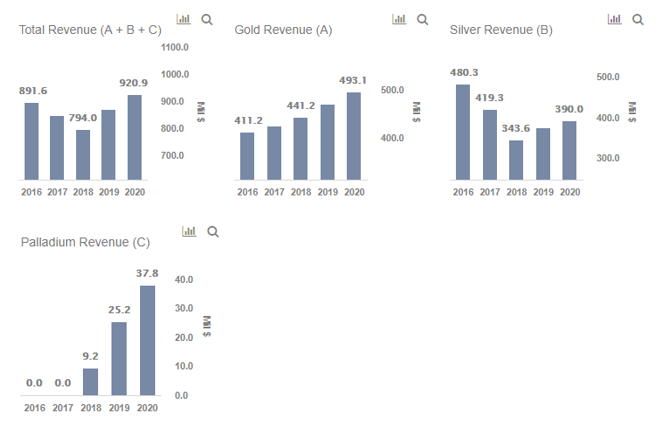 What Does It Offer?

What Are The Alternatives?

The company faces intense competition from global peers such as:

Thus, after two years of revenue decline, WPM is expected to add close to about $125 million to $130 million to its current revenue base, by 2020, led by healthy performance in the gold and palladium divisions. As per Wheaton Precious Metals Valuation by Trefis, we have a price estimate of $30 per share for WPM’s stock.

Is Wheaton Stock A Safe Haven In A Tough Market?