Overall, this has been a tough week for banks with share prices declining considerably over trading the first three days of the week, and recovering only marginally in the latter half. Last week, prices received a boost from rising hopes of the Republicans and Democrats joining hands in the wake of the fiscal cliff, and from optimism towards Greece’s bailout. But investor sentiments were tempered this week when disagreements about the manner in which Greece’s rescue plan should be implemented continued to deter any action on that front. To make things worse, the increasing reluctance of Spain’s semi-autonomous Catalonia region to shoulder the country’s debt burden only points to more difficulty in economic reforms for the struggling Eurozone nation.

Banks shares started rising only later in the week, when focus shifted back home from the events in Europe. The highest quarterly GDP growth in three years witnessed in Q3 2012, reports indicating continued improvement in the housing industry and continuing push by the government to implement spending cuts at the earliest buoyed the stock market.

As for individual banks, Wells Fargo (NYSE:WFC) had a reason to celebrate with the SEC dropping its inquiry into the bank’s alleged misrepresentation of facts while selling mortgage-backed securities over years prior to the 2008 economic downturn. U.S. Bancorp (NYSE:USB) continued its acquisition spree with the bank announcing the acquisition of prepaid card processing company FSV Payment Systems – barely a fortnight after its decision to acquire AIS Fund Management. There was some bad news for Deutsche Bank (NYSE:DB) and other foreign banks with a large U.S.-based business, as the Fed might force foreign banking groups to organize all their U.S. units under a bank holding company so that they come under the purview of the Dodd-Frank Act.

The U.S. Securities & Exchange Commission (SEC) has decided to drop its ongoing inquiry into Wells Fargo’s role in misrepresenting the quality of underlying mortgages in securities worth $60 billion originated by it between September 2006 to early 2008. The SEC’s investigation shadow of doubt over the bank’s booming mortgage business – .something which has now lifted

The SEC earlier dropped a similar mortgage-related inquiry against Goldman Sachs (NYSE:GS), while it settled similar charges on JPMorgan Chase (NYSE:JPM) and Credit Suisse (NYSE:CS) for a total of $417 million this month.

Earlier this week, U.S. Bancorp announced its decision to acquire the prepaid card processing company FSV Payment Systems in a bid to gain a larger share of the swelling prepaid card payment and processing market. The acquisition will benefit the fifth largest U.S. bank in quite a few ways, as it allows it to process prepaid card payments in-house and also adds some big names like Costco, Walgreen and McDonald’s to its payments business.

You can read more about this acquisition and its impact on U.S. Bancorp in our article titled, U.S. Bancorp Bets On Prepaid Cards With Latest Acquisition.

The Fed is apparently looking to force all major foreign banks with a considerable business in the U.S. to reorganize themselves under a bank holding company so that they cannot circumvent the requirements laid out in the Dodd-Frank Act. This is bad news for Deutsche Bank, Barclays (NYSE:BCS), UBS (NYSE:UBS) and Credit Suisse (NYSE:CS) as they may need to raise billions in additional capital for their U.S. subsidiaries to comply with such a requirement. In fact, Deutsche Bank and Barclays actually changed their legal status over recent years to avoid the sting from the new regulation. 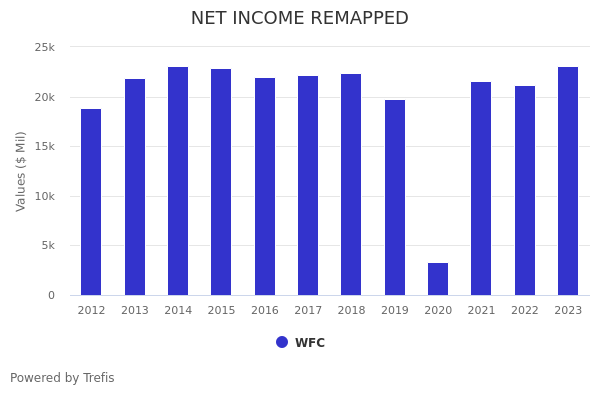