Railroad companies such as Union Pacific (NYSE:UNP), CSX Corporation (NYSE:CSX) and Norfolk Southern (NYSE:NSC) were charged with claims that they colluded to inflate fuel surcharges that were largely unrelated to fuel costs, thereby collecting billions in unwarranted charges. The litigation was converted into class action status.

Recently, the Surface Transport Board (STB), the regulatory body to look after the railroad transport, has announced initiatives in response to 2011 hearings. However, the final regulation will undergo substantial public comment and analysis and could be changed in the process. The entire proceedings could take longer than a year and the regulations are likely to be imposed by 2013 or even later.

In 2005, railroad companies instituted a fuel surcharge program after which their profits started to soar. Over the past 5 years, their margins have continuously increased. This trend could see a change going forward if STB tightens the regulations.

STB has recently announced two initiatives to resolve the fued between railroad companies and shippers. One is to reform its rules on resolving rate disputes and second is to make policy changes for captive shippers, who are within 30 miles of a working interchange with a competing railroad, to get better rates. [1]

There are potentially two impacts of the rulings of the STB. First, if the allegations are proved to be true, the railroad companies will need to shell out penalties which will hamper their cash position as well as valuation. Second, if the exemptions over fixing railroad service rates are waived off, the companies will see their margins sliding south. However, since the procedures towards policy making are lengthy, it would be long before the regulations are put into effect. This will allow railroads to continue to enjoy better pricing and improvement in margin in the near term. 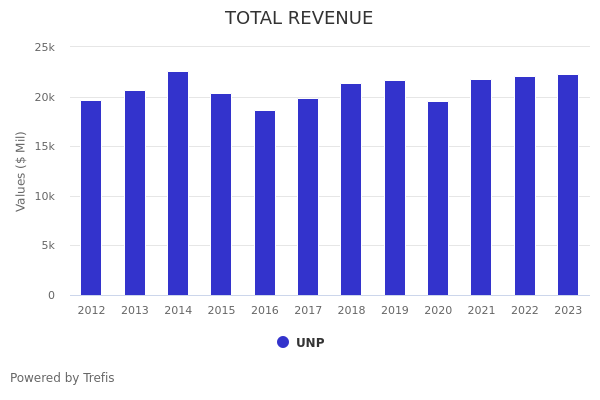