Sirius XM (NASDAQ:SIRI) has done well in recovering from the brink of bankruptcy and penetrating the U.S. in-car radio market. In the process, it has grown its stock several-fold. Where can the company go from here?

The satellite radio company is already doing well in the U.S. but growing competition and Liberty Media’s attempt at acquiring it have cast some uncertainty over the company’s future. Certainly there are ways that Sirius XM can grow its value and these include expanding internationally, increasing its new-vehicle conversion rate, expanding further in the used-vehicle market and increasing the U.S. customer base by expanding its service over the Internet. We look at the likelihood of some of these developments below.

One of the obvious ways for Sirius XM to expand is to go beyond North America. Some of the potential markets include Western Europe, Latin America and Asia. Even though global vehicle sales growth has been affected by the economic slowdown in Europe, growth continues and the number of vehicles sold is increasing although at a slower pace. [1]

We believe it can but not at Netflix’s pace. The company was almost on the brink of bankruptcy in 2009 and has taken time to build a solid, profitable business. It makes sense to stabilize its presence in the U.S. before launching in international markets because it’s not going to be easy due to content and spectrum acquisition complexities involved. Sirius XM will not only need relevant local content but will also have to work with the governing bodies to acquire satellite spectrum. These can be costly and time-consuming tasks and that puts an aggressive international expansion off the table. The secret to radio’s success lies in the local appeal and Sirius XM cannot just duplicate its current content in other markets.

What Can The Company Do Within The U.S.?

Sirius XM recently raised its prices so a direct price increase anytime soon is out of question. However, there are other ways that the company can charge more from its customers and grow its profits. Expanding its online service is one way to increase flexibility for the users by making the service available on multiple devices. This will likely lead to additional subscriber gains since Internet-enabled devices such as smartphones and tablets have been growing at a very high rate.

We note that worldwide smartphone sales increased by 47% in Q3 2012 and that’s a very healthy growth rate given that close to 170 million smartphones were sold globally during the quarter. [2] Sirius XM has already been making strides in this direction, but could potentially charge more by introducing personalization and other features.

Additionally, there is an opportunity to expand in the used-car market as well as increase the new car conversion rate, which has remained constant for a while now.

Stay tuned as we dig deeper into these two these two key issues of growing its new car conversion rate and the opportunities in the used-car market, which we will elaborate in subsequent notes.

Our price estimate for Sirius XM stands $2.34, implying a discount of about 15% to the market price. 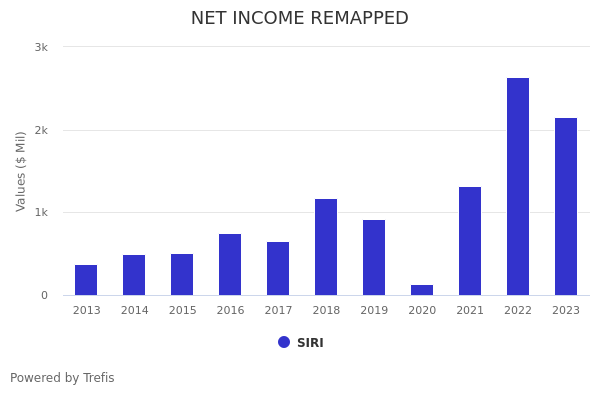 What’s Next For Sirius XM Stock?

Does Sirius Stock Look Attractive At $6?

What To Expect From Sirius Stock Post Q1 Results?