If you have been planning on buying a smartphone with a quad-core processor right now, Qualcomm (NASDAQ:QCOM) just asked you to wait. The company recently launched the latest in the line of its Snapdragon processors, a dual-core S4 mobile System-on-a-Chip (SoC). [1] Not only is the S4 significantly faster than other dual-core chipsets, but it also beats Nvidia’s (NASDAQ:NVDA) quad-core Tegra 3 processor in many aspects. It is also the first-ever SoC to integrate a 28nm LTE capable modem, paving the way for thinner, lighter and more power-efficient  LTE devices. Our $67.50 price estimate for Qualcomm stock is about 6% ahead of the market price.

The S4 boasts of as many cores as its predecessor, the S3, but is powered by a newly designed Krait core. With two 1.5 GHz Krait cores, the S4 easily puts other dual core chipsets to shame. But more importantly, the S4 even beats the quad-core Tegra 3 processor in most benchmarks that do not require multi-core optimization, as tests performed by AnandTech show. [2]

But shouldn’t we be focusing on the tests that put all the many cores of a processor to test? Isn’t more the better, you ask.

Of course, it is. Moreover the number of cores a processor has, the greater the number of processes that it can run. Multi-tasking becomes easier and multi-threaded apps run faster.

However, there are a very few tablet apps and even fewer smartphone apps that can utilize the full power of a quad-core processor. Given the right multi-threaded application, the Tegra 3 processor, will definitely be faster than the S4, but for a majority of smartphone users’ purposes, a dual-core processor is more than adequate.

The S4 has shown that a lot of optimization remains to be achieved with dual-core processors and that the customer affinity for multiple cores is misplaced. By developing an architecture that sets a new benchmark for dual-core processors, Qualcomm has done the smartphone industry a huge favor by not joining the meaningless race for multiple cores. The need for faster processors will arrive sooner than later and Qualcomm will ramp up to a quad-core Krait Snapdragon then. Going by the performance that the Krait dual-core has put up, we may see something truly amazing when that happens.

The first LTE smartphones that run on Qualcomm’s S4 dual-core chipsets will debut at the Mobile World Congress (MWC) this week. While higher speeds will be the focus of the show, we will closely follow what the company has to say about the power efficiency of the devices. With integrated LTE chipsets, we expect a significant improvement in the battery life of the devices. 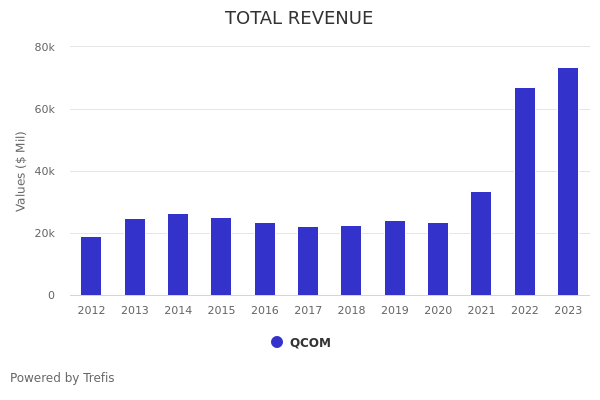 What Drove the 74% Net Income Change for Qualcomm in FY2021?

Better Bet Than QCOM Stock: Pay Less Than Qualcomm To Get More From Stocks LPX, CLF

Better Bet Than QCOM Stock: Pay Less Than Qualcomm To Get More From S&P 500 Stock CINF

Why Qualcomm Stock Moved: QCOM Stock Has Gained 137% Since 2018 Primarily Due To Favorable Change In Revenues

Will Apple Pressure Its Supplier Stocks With iPhone 13?

What’s Next For Qualcomm Stock After 6% Fall Last Week?

Apple Is Poised For An Eventful September. Will Apple Suppliers Stocks Benefit Too?