Rumors of Pfizer (NYSE:PFE) being close to acquiring one of its Indian suppliers, Stride Acrolab’s specialty injectables unit Agila, are making the rounds, though the latter has denied it. According to reports, the deal could be valued at $2 billion. [1] The acquisition, if completed, could help Pfizer bring additional revenue as well as better control of costs amidst patent expiries.

Of late, pharmaceutical giants including Pfizer have been grappling with patent cliffs and looking for ways to offset these revenue losses. Pfizer’s Lipitor, which generated close to $10 billion in 2011, has lost half of its revenues in a relatively short time frame since the loss of patent protection last year. The patent expiration for Viagra, Enbrel, Detrol, among others, in 2012 will also hurt the company’s revenues. This has left the company looking for alternative revenue sources to fend off losses including M&A and expansion in emerging markets.

Why An Injectable Business?

The injectables business could be a good fit for Pfizer for a number of reasons. Injectables are specialty drugs used as antibiotics and chemotherapy agents, mainly in hospitals. Injectable businesses mostly generics have seen a lot of M&A activity; Pfizer’s competitor Abbott Labs acquired Piramal’s formulation business including generic injectables in India in 2010. The major reason for the activity is a huge generic injectable market, which could see high single digit growth to $17 billion by 2020 as more and more injectable drugs are set to lose patent protection in the next few years, opening the gates for generics. About 95% of hospital drug spending goes to injectables and other non-oral drugs. [2]

In addition, competition in the market is relatively low compared to the oral drug business due to high entry barriers and as a result margins are generally high.  There is a shortage of generic injectables following the closure of many sterile plants after a flurry of warning letters from FDA to several generic injectable manufacturers. In the U.S. itself, there was a 30% decline in manufacturing capacity at primary production facilities for generic injectable drugs. [3] As many as 215 drugs, most of which are injectables, are currently in short supply. Building new injectables plants can take up to 4-5 years. [2]

Why Would Agila Be A Good Fit?

Agila has the highest number of generic injectable approvals by the FDA. Therefore, the acquisition makes sense for pharmaceutical giants who are vying to expand their generics portfolios in order to fend off  losses from looming patent expiries. In addition, Agila has a number of big pharma companies, including Pfizer, on its client list. It supplies several sterile injectables for cancer treatment to Pfizer. Further, Pfizer nixed its supply agreement with Claris Lifesciences, its other Indian generic injectables manufacturer, in August as the FDA raised red flags over one of Claris’ plants. Another of Pfizer’s suppliers, Aurobindo Pharma, has also been a victim of the FDA’s crackdown. Through this acquisition, Pfizer could exert better control on its injectables supply chain while curbing costs.

We currently have a $27 price estimate  for Pfizer, which is 10% above the current market price. 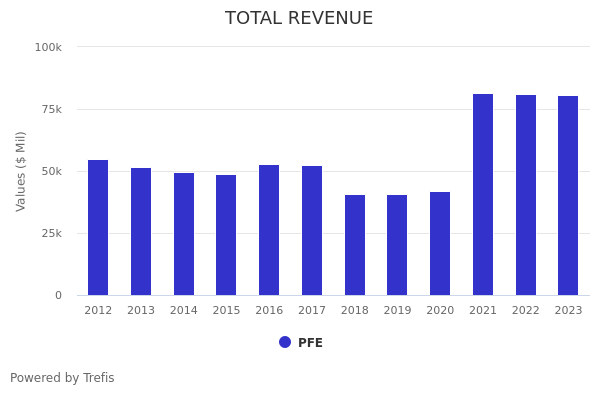 Why Pfizer Stock Moved: PFE Stock Has Gained 38% Since 2020 Primarily Due To Favorable Change In Revenues