What Are Nokia’s Key Business Segments?

1. Nokia Networks: This generates revenues from a portfolio of products and services that encompass mobile and fixed network access infrastructure, IP routing and optical networks, mobile and converged core networks, as well as software platforms and applications.

2. Nokia Licensing: This segment is focused on licensing Nokia intellectual property, including patents, technologies, and the Nokia brand.

Who Are its Clients?

2. The company licenses its patents to handset and chipset vendors.

What Are The Alternatives?

What Is The Basis of Competition?

Competition is based on selling high-end networking gear and software to telecommunications companies and internet service providers.

Revenue growth of about €300 million over two years to be driven by the contribution of about €140 million from (1) Networks division, and about €75 from (2) Licensing divisions

(A) Revenue from Networks to increase about €140 million in the next two years, with its share of Total Revenue expected to be about 93% by 2020 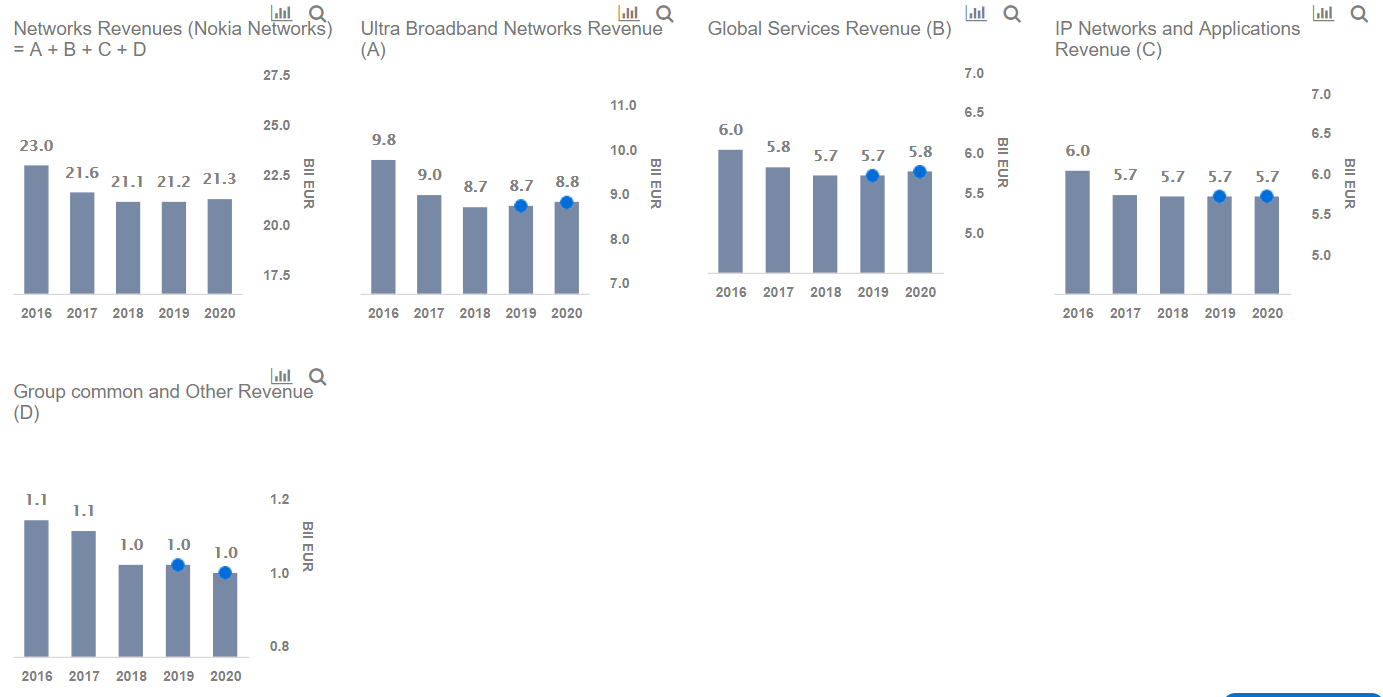 (B) Revenue from Licensing to grow slightly in the next two years, with its share of Total Revenue expected to be about 7% by 2020

Can Nokia Stock Continue Weathering The Storm In The Broader Markets?

What’s Next For Nokia Stock After 7% Drop In The Past Month?

What’s Next For Nokia Stock After 14% Rise Last Month?

What’s Next For Nokia Stock After 5% Drop Last Week?

Up 7% In The Past Week, Nokia Stock Running Out Of Juice?

Company Of The Day: Nokia

Company of the Day: Nokia

Nokia’s Stock Is Fully Priced After Its 100% Rally