Our theme of Solar stocks – which includes solar panel manufacturers, system installers, and component suppliers – has rallied by about 31% year-to-date, faring better than the broader S&P 500 which remains down by about 17% over the same period. While growth stocks, in general, have been hurt by the Fed’s rate hikes and a broader market pivot to value names, solar stocks are outperforming considerably for a couple of reasons.  Energy prices have surged following Russia’s invasion of Ukraine and Europe has been particularly badly impacted, given its dependence on Russian gas.  The current situation is serving as a wake-up call for all energy-importing countries hastening the process of shifting to renewable energy and alternative energy sources such as solar. Moreover, the Inflation Reduction Act which carries about $370 billion in subsidies and credits for clean energy investment in the United States, was signed into law by President Joe Biden in mid-August. This is the largest-ever investment to fight climate change and this could result in as much as $1.2 trillion in private investments into the renewables space by 2035, according to Wood Mackenzie. Moreover, third-quarter earnings from key solar players such as Enphase Energy (NASDAQ:ENPH) and SunPower (NASDAQ:SPWR) were also stronger than expected and this has also helped the sector.

However, there are risks as well. There is likely to be a split government in the U.S., with the GOP winning a majority in the House of Representatives following the recent mid-term elections, although the Senate should remain under the control of Democrats. This could potentially hinder President Joe Biden’s renewables agenda to an extent, although most of the significant laws have already been passed.

Within our theme, Enphase Energy, a company that sells solar micro-inverters, energy generation monitoring software, and battery energy storage products, has been the best performer, with its stock gaining 65% year-to-date. On the other side, NextEra Energy (NYSE:NEE), one of the largest U.S. utilities by market cap and the single largest owner of solar generation capacity outside China, has been the weakest performer with its stock down by about 10% year-to-date. 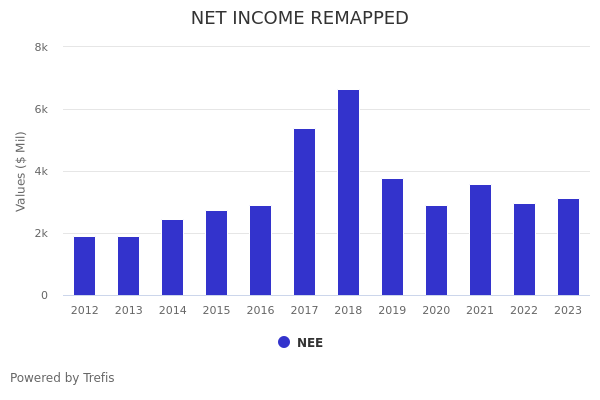