McDonald’s Corporation (NYSE:MCD) issued $900 million of debt at a record low coupon as it prepares to increase expenditures in 2012 to set up new restaurants and refurbish its existing restaurants worldwide, with a greater focus on China. McDonald’s currently trails Yum! Brands in terms of number of restaurants in China and therefore plans to beef up its presence in the country. The bond issuance exemplifies the level of faith of investors in the company and the strong fundamental it possesses.

The stock has fallen more than 10% in 2012 so far but we have a price estimate of $98 for McDonald’s, which is about 7% above the current market price.

The company expects to incur an expenditure of $2.9 billion in 2012, up almost 10% from 2011, as it plans to add another 1,300 restaurants worldwide and reimage its existing restaurants.

The company plans to increase drive-thrus, dessert kiosks and extend hours of its restaurants in the country to attract more customers in order to boost same-store sales. Therefore, overall investment in the country will witness an increase of 50%. [3]

Else, the company also plans to put a greater focus on the breakfast segment in the country, something which it has successfully done at home. Currently, 8-10% of its revenues in China are derived from breakfast but the company plans to double those figures in the next few years. [3]

Also read our previous article, How McDonald’s Keeps Winning Over Its U.S. Customers 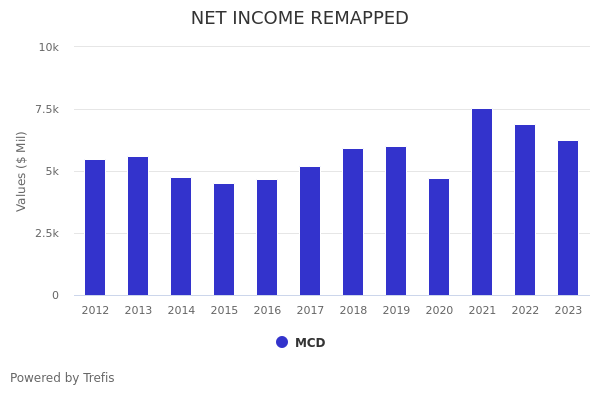