In his eight edition of the Berman Value Folio, James Berman of JBGlobal takes a look at the U.S. housing market and identifies ways to capitalize on this eventual recovery. While he cautions that we have seen “false dawns” before, he argues that current valuations are overly bearish. Lowe’s, in particular, he highlights and says that its current free cash flow generation warrants consideration even without  pricing in a recovery.

Trefis has teamed up with Berman to release a premium subscription-based, interactive report called Berman Value Folio where he shares his candid and often contrarian investment views. He relies on Trefis analysis and modifiable tools to summarize his outlook and invites readers to tag along and use these tools to challenge his rationale or create their own views on stocks. He also examines the key business drivers and various “stress tests” on the company to see if the value holds up under bearish scenarios. His model portfolio is up just over 11% since inception less than a year ago.

A Problem of the First Order

As with most recoveries, the homebuilder rebound occurred against a backdrop of fear and pessimism, long before the signs of change were readily discernible. As measured by the ITB (iShares Dow Jones US Home Construction ETF), the homebuilders are up 40% year-to-date, one of the top performing sectors in an otherwise lackluster market. The stocks bottomed in the Fall of 2011, long before any signs of housing’s turn were visible to the naked eye. By the time it’s obvious, it’s too late to buy anything.

While the homebuilders have already surged, one company set to profit with the recovery has seen only modest gains: Lowe’s (LOW), the home improvement retailer locked in a quasi-duopoly
with Home Depot (HD). 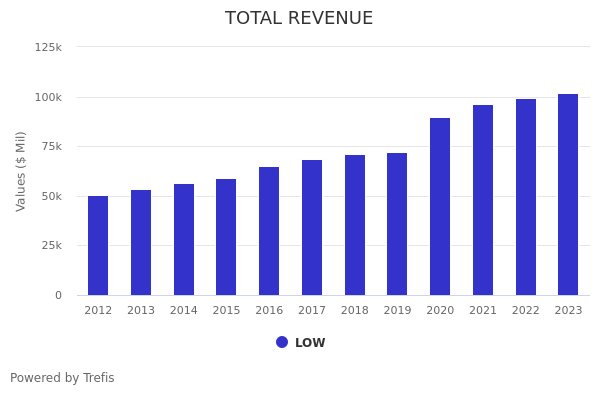 Why Lowe's Stock Moved: LOW Stock Has Gained 102% Since 2017 Primarily Due To Favorable Change In Revenues

Does Lowe’s Stock Have More Room To Run?