JPMorgan (NYSE:JPM) is looking to sell its carbon credits generation business EcoSecurities. [1] Despite the initial enthusiasm for its carbon credits trading, the business has remained significantly depressed since 2008 – something that prompted JPMorgan’s decision to sell. As part of JPMorgan’s environmental markets business, EcoSecurities originates securities for the bank’s environmental markets trading desk.

We maintain $46 price estimate for JPMorgan’s shares, which is at a premium of under 15% to current market prices.

See our full analysis of JPMorgan

According to its website, EcoSecurities is the global leader in “sourcing and developing emission reduction credits from greenhouse gas emission reduction projects.” The Irish subsidiary of the JPMorgan Chase banking group holds the distinction of being the largest developer of carbon-offset projects under the United Nations’ Clean Development Mechanism. [1] JPMorgan acquired the company in 2009 for £124 million ($198 million).

JPMorgan’s environmental markets business, which houses EcoSecurities, forms a small part of its money-minting commodities division. The carbon credits trading business witnessed its own boom during the pre-2008 period when the ratification of stricter environmental norms by various European nations resulted in strong demand for emission reduction projects in the region. This in turn drove up the demand for carbon credits.

But the situation changed drastically after the global economic downturn. Environmental measures took a backseat across all of Europe with a large number of Eurozone nations reeling under the pressure of a heavy debt burden to this day. The fact that carbon emission credits lost more than 97% of their value since their peak in 2008 shows the impact of the economic change on the industry.

And as banks address the uphill task of tidying up their balance sheets in-line with tighter regulations, businesses with dwindling profits like EcoSecurities will be the ideal divestment candidates. 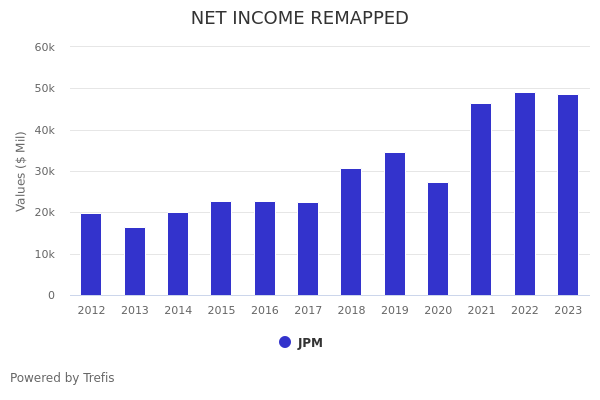 Is JPMorgan Stock Attractive At The Current Levels?