Bank stocks continued to tumble last week, extending the losses they accumulated over trading since the beginning of the month. In conditions reminiscent of the pessimistic global economic environment prevalent during the second half of 2011, Greece’s political stand-off that threatens to force the country’s exit from the euro, a poor outlook for Spain’s economy and fears about China’s growth story losing steam pushed investors away from the stock market.

That coupled with the growing skepticism towards banks after JPMorgan’s (NYSE:JPM) major loss from a hedging strategy gone bad hit the bank stocks hardest. The KBW Bank Index has lost more than 12% of its value since the beginning of the month with a decline of nearly 8% this week alone. There were notable events to report this week for JPMorgan (NYSE:JPM), U.S. Bancorp (NYSE:USB) and Deutsche Bank (NYSE:DB).

JPMorgan spooked investors late last week with its announcement that an hedging bet undertaken by its London-based risk management unit has incurred a loss of $2 billion, with the possibility of more losses in the months to come. In fact, more recent reports already peg losses at $3 billion. While this loss in itself is not so huge to have a significant impact on the results of the country’s largest bank, its raises serious concerns about the internal control systems at banks – more so because of investor perception of JPMorgan’s business model as the ideal for the banking industry.

The incident also plays into the hands of supporters of the controversial Volcker Rule, the implementation of which banks have been fighting against for well over a year now.

You can read more about this in our article JPMorgan’s $2 Billion Hedging Loss Hits The Entire Banking Industry.

See our full analysis for JPMorgan

U.S. Bancorp’s better-than-expected performance in the first quarter of the year helped it grab the third spot among the country’s mortgage originators – putting it ahead of Bank of America (NYSE:BAC) and Citigroup (NYSE:C). Only Wells Fargo (NYSE:WFC) and JPMorgan Chase (NYSE:JPM) gave out more home loans over the period. U.S. Bancorp’s share of the $385 billion in home mortgages originated over the quarter stood at 5.2%

In what is the biggest mortgage-related civil lawsuit settlement yet, Deutsche Bank (NYSE:DB) agreed to pay the U.S. Department of Justice (DOJ) a sum of $202.3 million. The largest German bank accepted the charges that the MortgageIT business it acquired in 2006 endorsed ineligible mortgages and falsely certified their compliance with HUD rules. Deutsche Bank went ahead with the acquisition despite having complete knowledge of the fraud.

More information about this can be found in our article, MortgageIT Settlement Cost Deutsche Bank $200 Million. 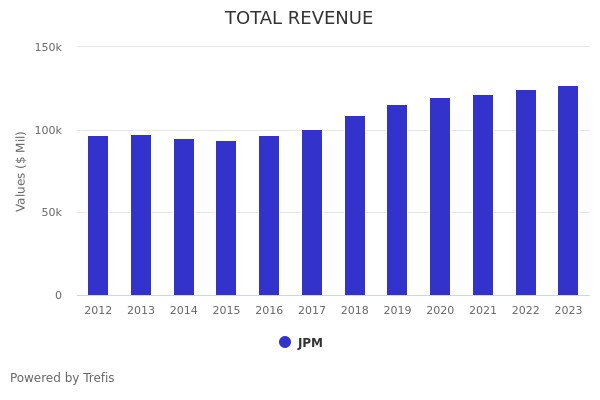 Why JP Morgan Chase Stock Moved: JPM Stock Has Gained 21% Since 2018 Primarily Due To Favorable Change In Revenues

JPMorgan Stock Is Likely To Beat Consensus In Q1