The Chinese government has decided to tackle heavy metal pollution head on as there has been a public outcry due to increasing incidents of acid contamination from copper mines and drinking water being threatened by cadmium spills. [1]

The government is especially focused on the lead related industries as they are the biggest pollutants among heavy metals. It has decided to conduct a review of lead-related industries and strengthen the monitoring of pollutants from them. This is in addition to the heavy metal measurement plan which China had issued last year aiming to tackle five key industries including that of lead acid batteries. The document contained specific information on 1,962 lead battery makers, including volume and discharged waste water for each one of them.

Johnson Controls (NYSE:JCI) has found itself on the other side of this effort as it has been implicated by the city of Shanghai in a lead poisoning case which affected 49 children. The city has alleged that Johnson Control along with two other companies was responsible for the leak which led to increased levels of lead in the blood of these children.  Their plants are believed to be operating above the specified emission limits set by the Chinese government in a bid to increase their operations and boost capacity. The government has ordered these companies to suspend their operations till results of the detailed investigation are out.

Lead acid batteries are the most important operation of Johnson Control’s, accounting for more than 32.8% of the stock’s value.

Johnson Control has denied these allegations and disputed the fact that there is any link between their plant and the children’s ailments.

The company says that it has at no point of time, been operating beyond the specified emission limits. However, careful to avoid any confrontation with the Chinese government as it is one of the biggest markets for the company, Johnson Controls has said that it will continue to work with the government in a “transparent and cooperative manner” on “scientifically” assessing the issue. 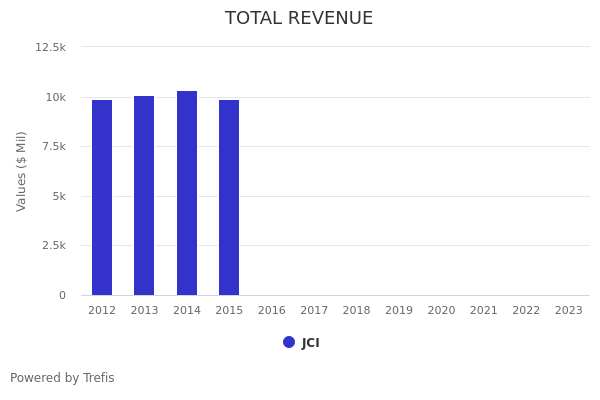 Why Johnson Controls Stock Moved: JCI Stock Has Gained 37% Since 2017 Primarily Due To Favorable Change In Revenues

Should You Buy Johnson Controls Stock At $70?

What To Expect From Johnson Controls Stock Following Its Q1 FY2022 Results?

What To Expect From Johnson Controls Stock Q4 FY2021 Results?

What To Expect From Johnson Controls Stock Q3 FY2021 Results?

Which Industrial Stocks Are Better Bets Compared To Johnson Controls?