The shares of Hilton Worldwide (NYSE: HLT) are trading at 23% above pre-Covid levels as compared to an 8% gain in Marriott International stock (NASDAQ: MAR). Despite the huge demand crunch due to the pandemic, Hilton and Marriott reported $708 million and $1.6 billion of operating cash flow in 2020, respectively. It was largely due to their asset-light business strategy, where both companies focus on earning management & franchise fees instead of operating company-owned properties. While Hilton has historically reported higher profitability, Trefis believes that slow revenue growth and sizable long-term debt obligations are likely to weigh on finances and shareholder returns. Thus, the spike in Hilton stock’s valuation multiple (P/S) seems far-fetched. We compare the historical trends in revenues, margins, and valuation multiple of both companies in an interactive dashboard analysis, Hilton Worldwide Holdings vs Marriot International: Industry Peers; Which Stock Is A Better Bet? 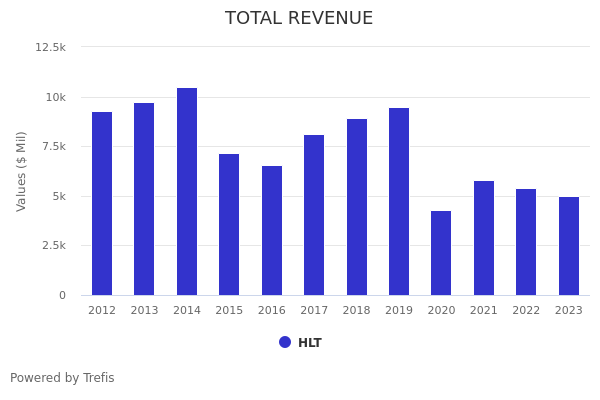 What To Watch For Urban Outfitters Stock Past Earnings?

What To Expect From Abercrombie & Fitch Stock Post Q1?

Digital Ad Stocks Had A Tough Year So Far. What Next?