After rising gaur prices resulted in a spike in costs for oilfield services providers in the last quarter, Halliburton could see the situation ease as the prices have begun to ease. The prices of gaur seeds have dropped by more than half, from around $12 / pound in Q2 to about $5 / pound presently. [1] Gaur is a key raw materialused by companies to produce fracking fluid. It is estimated that Halliburton uses around 12-14 million pound of gaur every month. At an average of cost of $10 / pound, the use of gaur could account for 11-13% of the company’s $3.3 billion in operating costs in North America in the past quarter.

We have revised our price estimate for Halliburton to $41, which is at a 30% premium to its current market price.

Halliburton warned that the sharp increase in gaur prices over the past few months could hit its operating margins in North America. Gaur is a key ingredient in the fracking fluid that is used to crack open rocks in shale wells to increase the flow of gas to the well head.

Fracking services are a major source of revenue for halliburton and other oilfield services players in North America, where shale exploration is widely practiced. According to Halliburton’s recent results, the company’s margins dropped from 25.5% in Q1 to 20.7% in Q2. A major reason for the rise in cost is the quadrupling of the price of gaur seeds in the first half of the 2012. However, the shortage situation has eased and many players, including Halliburton have created a strategic reserve to shield them from future shortages. [1]

With the price of gaur dropping to around $5 per pound, Halliburton could save as much as $250-288 million in costs over the next quarter. Presently U.S. relies heavily on Indian gaur imports to meet its local demand. [1] Some expect another shortage in the market early next year as the plantation of the crop has dropped this year. However, Halliburotn’s reserves could help the company avoid price shocks in the future. 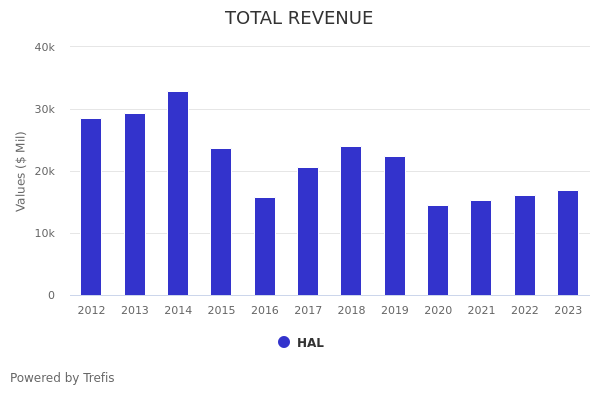 Better Bet Than HAL Stock: Pay Less Than Halliburton To Get More From Stocks WEX, GIII

Better Bet Than HAL Stock: Pay Less Than Halliburton To Get More From S&P 500 Stock CF

Halliburton Stock Up 14% Over Last Ten Days, Can It Keep Up?

Can Halliburton’s Stock Rebound After A 30% Fall Over Last Month?

Are Investors Too Optimistic On Halliburton Stock?

Is There A Better Alternative To Halliburton Stock In Oil Field Services Market?