The increase in sales of LCD TVs during the ongoing holiday season in North America is expected to bring some holiday cheer to Corning‘s (NYSE:GLW) earnings. The company has been reeling under decreasing sales and earnings this year due to declining LCD prices and shipment volumes. In the first three quarters of the year, the company’s sales and earnings were down 2% and 37% respectively on a year-over-year basis. [1]

However, this surge in LCD sales in North America is expected to end with the holiday season. Thereafter, the low demand environment brought on by low-to-negligible economic growth and high levels of unemployment is expected to take effect and will likely lead to lower sales. Additionally, in view of the weak macro economic environment, global TV shipments are likely to remain flat in 2013.

Corning manufactures glass substrates for LCDs and is one the major players in the LCD TV industry. The company also has a joint venture with Samsung named Samsung Corning Precision which manufactures LCD glass. The LCD business of Corning constitutes nearly 52% of the total company value, according to Trefis estimates.

We currently have a stock price estimate of $13 for the company nearly 15% above its current market price.

Worldwide LCD TV sales declined 1% y-o-y in Q3. [2] However, in contrast, the North America market remained flat. In the U.S., the increasing demand for bigger and cheaper TVs driven by price erosion has prevented total TV sales from declining. LCD TV sales are expected to rise during the holiday season through Christmas. This in turn will lead to higher shipment volume of LCD glass provided by Corning to various panel manufacturers like Samsung.

Even in North America, post the holiday season, LCD TV sales are expected to return to their low-to-negligible growth trajectory, and overall TV shipments are expected to remain flat in 2013. On the demand side, the high unemployment rate, slowing growth in developing economies and high penetration of flat panel TVs in households are keeping demand low. While, on the supply side, glass and panel manufacturers that had been reeling under declining LCD prices have recently started to focus on maintaining margins over volumes. As such, price erosion at the consumer end has declined which is contributing towards lower sales.

All in all, the surge in LCD TV sales during the holiday season is not expected to last and therefore brings only a temporary relief to Corning’s earnings. 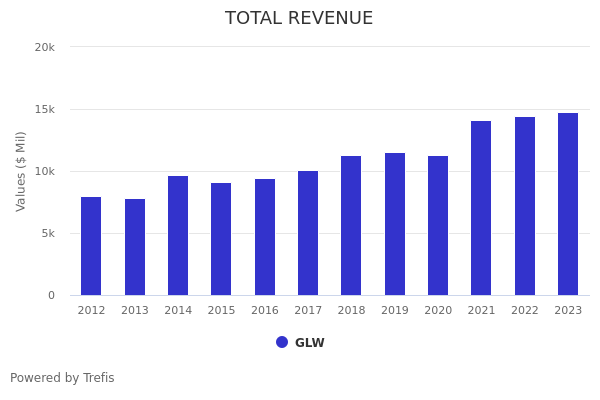 Why Corning Stock Moved: GLW Stock Has Gained 12% Since 2018 Primarily Due To Favorable Change In Revenues

Up 9% In A Month, Will Corning Stock See Higher Levels?

More Growth From Corning After Q3?

Corning Stock Is A Better Pick Over This Cable Communications Company

This Company Is A Better Pick Over Corning Stock

What To Expect From Corning’s Q2?

How Are Apple Vendors Stocks Faring This Year?

How Will Apple’s Vendors Fare As iPhone Demand Cools

Should You Buy Corning Stock After Its Recent Rally?

What To Expect From Corning’s Q4?