General Electric (NYSE:GE) has made a small investment of $13.75M in Insightec, a manufacturer of MRI guided focused ultrasound devices for the treatment of uterine fibroids, tumors, and neurological disorders, such as essential tremor‚ neuropathic pain and Parkinson’s disease. The sales of Insightec are stagnant and the company wants to use this money for financing its development plan for 2012 in R&D, sales and marketing, customer support, and financing legal costs in cases filed against it. Insightec is not profitable in spite of the company marketing its non-invasive device for the treatment of uterine fibroids for years.

See our full analysis of the General Electric stock here

GE and Insightec have been collaborating with each other since the 1990’s. Insightec’s devices were adapted to GE’s MRI devices, which were then offered as a complete package to customers. GE initially held a stake in Insightec through GE Capital. It made regular investments in the company along with Elbit Medical (which holds majority stake in the company) to maintain its stake. It last invested in 2008.

However, this time, the company has invested independently of Elbit Medical, thus showing that it has intent to increase its stake in the company if such a situation arises. This also shows the strategic importance which GE Healthcare attaches to the company and it’s focus on MRI products in its own portfolio.

The company has invested through GE Notes and the loans will carry an interest rate of 6%. This loan can also be converted into equity at a set price if a new partner invests into Insightec or when the loan matures in 2016. The loans are secured by a floating lien on the assets of Insightec. It is unlikely that Elbit Medical, which has given over $130M in loans to Insightec over the years, will dilute its stake in the company. In Elbit does lower it stake, it is likely to be in the case of an exit or a strategic marketing agreement by GE Healthcare itself. 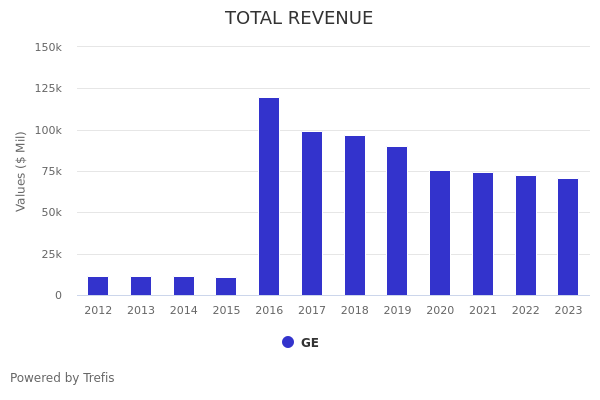 Why General Electric's Free Cash Flow was positive but Net Income was negative in 2021?

Why General Electric Stock Moved: GE Stock Has Gained 29% Since 2018 Primarily Due To Favorable Change In Price To Sales Multiple (P/S)

This Industrial Company Is A Better Bet Over General Electric Stock

Will General Electric Stock Continue To Rise After An 8% Move Last Week?