In September, FedEx (NYSE:FDX) cut its earnings outlook for fiscal 2013 owing to the weak global economic environment. The continuing slowdown in Europe, slowing growth in emerging economies and sluggish economic growth in the U.S. have impacted the demand for delivery services provided by FedEx. However, free trade agreements (FTAs) can partially offset this impact. Specifically, the North American Free Trade Agreement (NAFTA) and the recently signed FTA between the U.S. and Panama present growth opportunities for FedEx.

We currently have a stock price estimate of $93.18 for FedEx, approximately 5% above its current market price.

FedEx, which provides freight and package delivery services, recently announced plans to expand its presence in both Canada and Mexico to further capitalize on the NAFTA opportunity. FedEx Freight opened a new service center in Rochester, N.Y., with the aim to expand its priority next-day freight service between 13 U.S. markets and Toronto and Montreal in Canada. The company also established two new service centers in central and northern Mexico to expand its network in the country. [1] As a result, FedEx has positioned itself to add to growth in its shipping volumes in North America under the scope of NAFTA.

FTA between the U.S. and Panama will increase demand for FedEx’s services

U.S. also signed a FTA with Panama at the end of October. Under the FTA, the fast-growing economy of Panama offers a significant opportunity for an increase in trade and services with the U.S. This will in turn raise the demand for freight and package delivery services provided by FedEx.

On the whole, FedEx’s expansion in Mexico and Canada with an eye on NAFTA and the new FTA between the U.S. and Panama bodes well for the company’s growth. 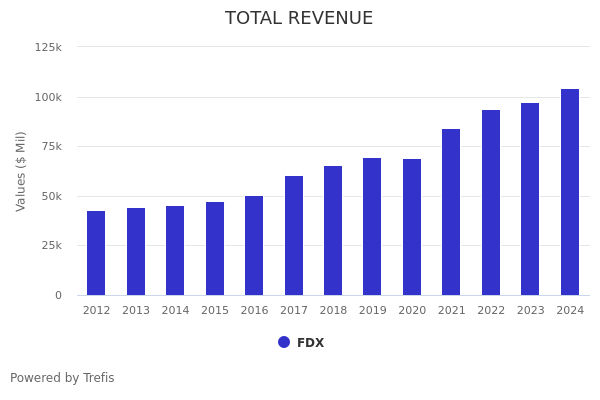 Why FedEx Stock Moved: FDX Stock Has Lost 30% Since 2020 Primarily Due To Unfavorable Change In Price To Sales Multiple (P/S)

Is FedEx Stock Bottoming Out?

Are E-Commerce Stocks Bottoming Out?

FedEx Stock And This E-Commerce Giant May Offer Similar Returns

Digital Commerce Stocks Are Having A Rough Year. Is It Time To Buy?

Up Around 20% In A Month, Will FedEx Stock Continue To See Higher Levels?

What To Expect From FedEx Stock As It Reports Q3 Results?

Should You Buy FedEx Stock Over Its Industry Peer?

Should You Buy FedEx Stock Over This Healthcare Company With Similar Market Cap?