This year has been rather good for the auto industry with global sales expected to rise 6% to 80 million units, almost double the global GDP growth rate. However, there are reasons to believe that growth could slow down to about 4-5% in the coming year as some of the major automobile markets might not be able to replicate their present year growth rates next year. Here’s our take on some of the major markets for next year.

United States: The U.S. is the second biggest automobile market in the world accounting for a fifth of total sales globally. Vehicle sales in the U.S. are expected to soar more than 10% to about 14.5 million units in 2012 helped by pent up demand, low interest rates and falling unemployment. Interest rates will probably remain low next year as well, but as the market size inches closer to the historic high of 18 million units and with gas prices at around $4, growth could slow in 2013. [1]

Europe: The region accounts for about a fifth of global vehicle sales as well. The market is down 6.9% in the first ten months of 2012 and there are no indicators that point to an improvement in the situation. The macro-economic indicators remain extremely weak in the region, and the auto industry is plagued with low demand combined with overcapacity. While the rate of decline may improve, the overall demand for vehicles is likely to remain negative for the next couple of years. [2]

Japan: Asia’s second biggest economy has seen its share of ups and downs. The Japanese auto market plummeted 15% to 4.2 million units in 2011 due to the tragic natural disasters. However, with the help of the government’s eco-car subsidies, the market has rebounded sharply in 2012. That’s good news but the bad news is that the subsidies have already ended and sales for the Oct-Dec quarter are expected to be negative over the previous year quarter. Negative growth could very well continue into 2013 as well. We expect the Japanese market to grow 16-18% in 2012 but anticipate the market to stagnate 2013 onward. [3]

Brazil: Brazil’s case is similar to Japan’s. As part of the fiscal stimulus aimed too boost growth, President Dilma Rousseff’s government decided to lower the taxes on vehicles in May this year. The move did temporarily lift the sales, but sales collapsed in September when the effect of tax breaks diminished. Going forward, we expect the Brazilian market to remain weak in the near term. Brazil accounts for a little more than 4% of global auto sales. [4]

China: The world’s most populous nation is the biggest automobile market in the world and accounts for a fourth of global sales. China’s sales are up only 3.6% through October, and we could see an improvement in this figure in the coming year. The People’s Bank of China has already cut the rates twice this year, and there is scope to further slash the rates as low inflation gives the central bank room to maneuver interest rates. There have been suggestions that the central bank is likely to ease the monetary policy in 2013 in a bid to boost growth. An environment of low interest rates, rising incomes and high liquidity should help provide some tailwind for the auto industry. [5] 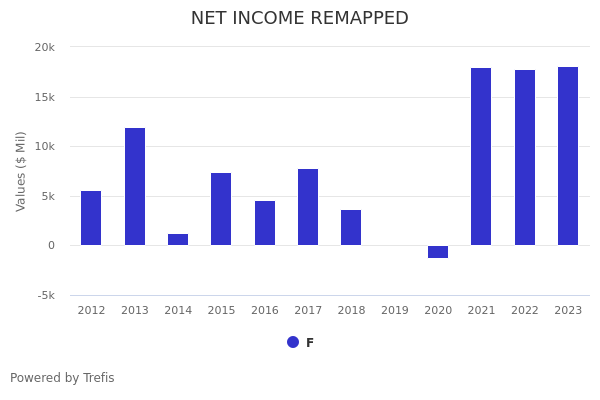