Diageo’s stock (NYSE: DEO) has rallied 42% since late March (vs. about 43% for the S&P 500) to its current level of $145 after falling to a low of $103 in late March as a rapid increase in the number of Covid-19 cases outside China spooked investors and resulted in heightened fears of an imminent global economic downturn. The stock remains about 10% below the $162 level it reached in mid-February. Are the gains warranted or are investors getting ahead of themselves? We largely think that the gains are justified, and believe the stock price is likely to hover around the current level, as fears surrounding the pandemic are put to rest and the economy begins to recover. Our conclusion is based on our detailed comparison of Diageo’s stock performance during the current crisis with that during the 2008 recession in an interactive dashboard analysis.

How Did Diageo’s Stock Fare During the 2008 Downturn?

We see DEO stock declined from levels of around $89 in October 2007 (the pre-crisis peak) to roughly $45 in March 2009 (as the markets bottomed out) – implying that the stock lost as much as 50% of its value from its approximate pre-crisis peak. This marked a drop in line with the broader S&P, which fell by about 51%.

In comparison, DEO stock lost 37% of its value between 19th February and 23rd March 2020, and has already recovered 42% since then. The S&P in comparison fell by about 34% and rebounded even stronger by about 44%.

The rally across industries over recent weeks can primarily be attributed to the Fed stimulus which largely put investor concerns about the near-term survival of companies to rest. The flattening of Covid cases in the worst hit U.S. and European cities is also giving investors confidence that developed markets have put the worst of the pandemic behind them. Sure, the company’s business has taken a hit due to lower demand and global supply bottlenecks, and this will be reflected in Diageo’s revenues for FY 2020 (ending June 2020), but the gradual easing of lockdowns should help the company. Over the coming weeks, we expect continued improvement in demand and subdued growth in the number of new COVID-19 cases in the U.S. to buoy market expectations. The investors will likely focus their attention on H1 2021 (ending December 2020) results helping Diageo’s stock to remain elevated at the current level, with a full recovery to the pre-crisis level looking unlikely anytime soon. As per Diageo’s Valuation, Trefis has a price estimate of $147 for DEO’s stock, near the current price. 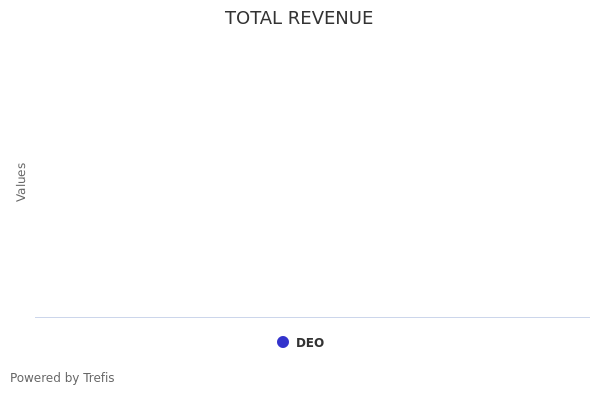 Why Diageo Stock Moved: DEO Stock Has Gained 22% Since 2018 Primarily Due To Favorable Change In Price To Sales Multiple (P/S)

What’s Next For Diageo Stock After A 10% Fall In A Month?

What’s Behind The 20% Rally In Diageo Stock?

Is Diageo Stock Fairly Valued At $190?

Up 60%, Diageo Stock Still Has Potential To Rise

Diageo Stock Up 50%, More Gains On The Way