After a rise of 2x from its March 2020 lows, at the current price of $92 per share, CSX Corporation stock (NYSE: CSX), one of the leading railroad companies in the Eastern United States, appears to be fully valued. CSX stock has rallied from $47 to $92 off the March 2020 bottom compared to the S&P which moved 73%. CSX stock has outperformed the market due to better than expected quarterly results, and a rebound in transportation demand, along with a stable operating ratio, despite the impact of the pandemic. Also, the stock is up 16% in the last one year despite revenue falling 11% y-o-y over the last four quarters. While the gradual opening up of the economy is expected to lead to higher demand for railroads, the stock appears to be richly valued when compared to its historical levels, making it vulnerable to downside risk. Our dashboard Buy Or Fear CSX Corporation Stock provides the key numbers behind our thinking.

CSX stock is also up 49% from the levels of $62 seen toward the end of 2018. Most of the stock price growth since 2018 can be attributed to the expansion of the company’s P/E multiple. Looking at fundamentals, total revenues declined from $12.3 billion in 2018 to $10.6 billion in 2020, primarily due to the impact of Covid-19 on overall railroad demand, and a continued decline in coal transportation, as pricing for natural gas remains more favorable. Furthermore, a 90 bps decline of net income margin due to increased costs during the pandemic, and an 11% drop in total shares outstanding, due to share repurchases, has meant that the company’s EPS declined 6.5% to $3.61 in 2020, compared to $3.86 in 2018.

The coronavirus crisis induced lockdowns affected industrial activity and hit railroad demand. Additionally, a weakness in the oil & gas sector has weighed on the oil related shipments. Coal freight also has continued to slide down, with lower power consumption during the pandemic, as well as favorable natural gas prices weighing on the overall demand for coal. Now with the economy gradually opening up, CSX’s business is also seeing an increase in demand. While the company reported a 2% drop in its top line in Q4 2020, revenues were up 7% sequentially. Also, the company’s record low operating ratio of 57% in Q4 2020 was a big positive, given that most of the companies have seen their margins contract due to the higher costs during the pandemic. The 57% figure compares with 60% seen in the prior year quarter, and for the full year 2020, the operating ratio remained stable (y-o-y) at under 59%.

CSX will likely continue to see increased railroad demand in the near term. Any further recovery and its timing hinge on the broader containment of the coronavirus spread. Our dashboard Trends In U.S. Covid-19 Cases provides an overview of how the pandemic has been spreading in the U.S. and contrasts with trends in Brazil and Russia. Currently, investors seem to be buoyed by CSX’s positive revenue and earnings outlook based on the expected recovery in the economic activity, and that appears to be priced in the current stock price of $92. Even if we were to look at the forward earnings estimate of $4.37 for CSX in 2021, at the current price of $92, it is trading at a 21x P/E multiple, which is higher than the levels of around 15x seen in 2017 and 2018, making the stock appear vulnerable to downside risk.

While CSX stock could see some correction, 2020 has created many pricing discontinuities which can offer attractive trading opportunities. For example, you’ll be surprised how counter-intuitive the stock valuation is for Canadian Pacific Railway vs. D.R. Horton. 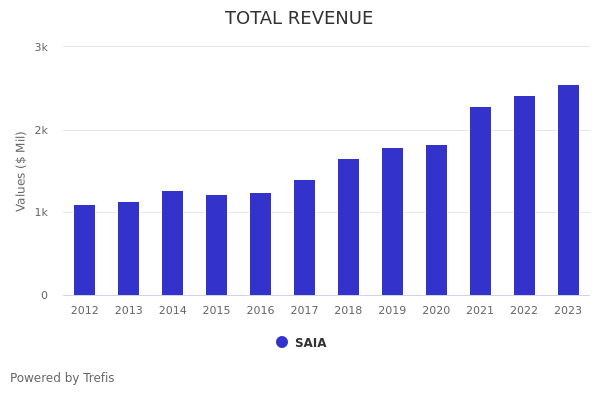 What’s Next For CSX Stock Now That Railroad Strike Is Averted?

This Trucking Company Is Currently A Better Pick Over CSX Stock

This Company Is Likely To Offer Better Returns Over CSX Stock

Is There A Better Pick Over CSX Corporation Stock?

Should You Buy CSX Stock After Its Q4 Beat?

What To Expect From CSX Corporation’s Q4?

Forecast Of The Day: CSX’s Total Carloads of Coal