Cisco’s (NASDAQ:CSCO) earnings announcement triggered a huge sell-off that has since seen shares slump by more than 13% in just three weeks. While the networking giant saw solid growth in revenues and an even stronger profit growth in the quarter ended April, the markets were unforgiving toward the company’s conservative guidance for the current quarter. Cisco attributed the rather muted outlook to the uncertainty surrounding the European debt crisis that is forcing enterprises as well as service providers to hold off on network spending.

The huge fall in the stock going into the earnings looked appropriately undervalued to us. Our price estimate for Cisco’s was 23.40, more than 21% ahead of the stock price then (and we’re maintaining the price estimate).

See our full analysis on Cisco

At the mid-point, if Cisco’s European sales disappeared tomorrow and Cisco’s revenues from the region fell to zero (worst case), we would have a price estimate of $18.72 for Cisco – which is still a premium of more than 12% over the current market price. We haven’t accounted for the margin impact because EMEA has only slightly better margins than the overall average (~64% vs ~62%).

Note that although this is the worst case scenario for Europe, we haven’t considered the greater impact that Europe’s fall will have on the world economy, which will impact Cisco’s revenues from its other regions as well. Taking these extremely pessimistic views into consideration, markets could well be pricing in the overall worst-case scenario in the current stock price.

But the probability of such a catastrophe taking place is small in our opinion. Taking a longer-term view, the global economy will recover, and Cisco’s recent restructuring initiative has made it leaner and more prepared for an economic slowdown.

The deepening of the European debt crisis could still have a telling effect on the company’s business, but Cisco’s increased focus on its core businesses while driving operational efficiency should help it generate positive operational cash flows even then. Moreover, the demand for mobile data services is exploding, and we believe that Cisco is well-positioned with its strong market share to take advantage of that in the long term. (see Cisco’s Outlook Sinks Stock But Approaching Deep Value Territory)

Cisco’s huge cash reserve (one-third of its current market cap) also places it in good stead. Not only would the cash cushion some of the blow from the economic slowdown but would also allow it to continue to invest in companies such as ClearAccess and NDS Group despite the downturn and position itself well for the exploding data demand. (see Cisco’s ClearAccess Deal Could Breathe New Life Into Routers Business) 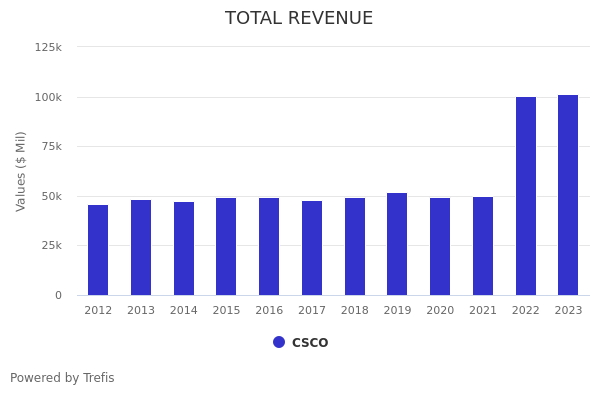 Cisco vs. Juniper Networks: With Return Forecast Of 17%, Cisco Is A Better Bet

Can Cisco Systems Stock Turn Around After Underperforming The Market Last Month?

Down 10% In A Month, Is Cisco Systems Stock Set For A Turnaround?

Gaining 5% In The Past Month, What’s Next For Cisco Stock?