Despite an almost 24% rise since the beginning of this year, at the current price of around $365 per share, we believe Costco’s stock (NASDAQ: COST) still has more to go. The warehouse club operator has clearly benefited from accelerated shopping activity as more consumer dollars were directed toward goods rather than experiences. In fact, Costco’s sales have surged almost 12% in 2020, even though it didn’t invest in the curbside pickup or other omnichannel strategies that would have raised expenses. It should be noted that Costco’s comparable sales shot up 17% in the recent fiscal Q1, (excluding the impacts of currency fluctuations and gasoline price deflation), a double-digit sales for a second consecutive quarter this year. This, in turn, led to massive growth in Costco’s earnings, suggesting that the retailer’s stock still has plenty of upside in the long run.

Costco has a unique business model based on membership fees – where it collects fees from its members and sells items in bulk at rock-bottom prices while making most of its operating margin from these membership fees. This is despite the fact that these fees account for only 2% of the company’s total revenues. The company’s membership renewal rates continue to exceed 90% in the U.S. and Canada in 2020. The stay-at-home orders during the pandemic also appear to be encouraging more customers to upgrade to Costco’s executive membership, which costs twice as much but offers 2% cashback on most purchases. Costco’s stock is already about 58% higher than it was at the end of FY 2018 (year ended August 2018). Our dashboard, What Factors Drove 58% Change in Costco’s Stock Between FY 2018 and Now?, provides the key numbers behind our thinking, and we explain more below.

Some of this growth over the last 2 years is justified by the roughly 18% increase in Costco’s revenues from $141.6 billion in fiscal 2018 (year ended august 2018) to $166.8 billion in fiscal 2020. In addition, earnings growth, on a per-share basis, was higher by 27%. This was driven by a 20 bps net margin expansion from 2.2% to 2.4%, partially offset by a slight decline in shares outstanding during this period.

So how has Coronavirus impacted the stock?

Costco has the lowest markup in the industry which creates an extremely compelling value for members. To add to this, the March acquisition of logistics company Innovel Solutions should also help Costco increase its sales of big-ticket items in the years ahead. Costco’s stock is certainly pricey right now. But considering the company’s large long-term growth opportunities, it still looks like a solid investment opportunity. 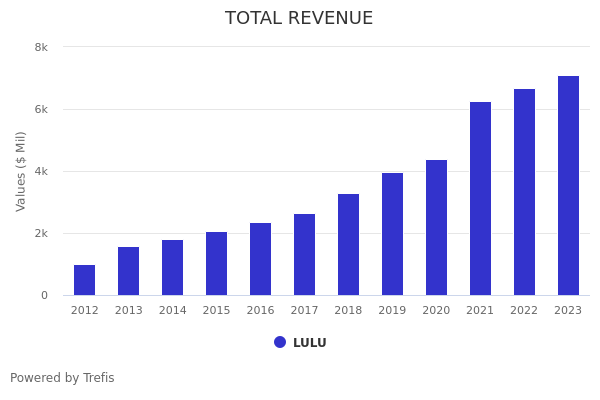 Better Bet Than COST Stock: Pay Less Than Costco To Get More From S&P 500 Stocks ABT, GOOG, QCOM, PFE, COP

Better Bet Than COST Stock: Pay Less Than Costco To Get More From S&P 500 Stocks ABT, GOOG, QCOM, PFE, COP

Earnings Beat In The Cards For Costco’s Stock?

This Retail Stock Is A Better Buying Opportunity Than Costco

Forecast Of The Day: Costco’s U.S. Revenue Per Square Foot

Earnings Beat In The Cards For Costco’s Stock?

What’s Next For Target’s Stock?

Can Costco’s Stock Continue Its Run?

These Multiline Retail Stocks Are A Better Pick Over Costco

What To Expect From Costco’s stock?