ConocoPhillips (NYSE: COP) and First Solar (NASDAQ: FSLR) are prominent conventional and renewable energy companies in the U.S., respectively. While both stocks have recovered to pre-Covid levels, COP remains a good pick to earn regular dividend income assisted by high benchmark prices. The slump in transportation and industrial demand negatively affected the oil & gas industry with benchmark prices observing a sharp contraction last year. Interestingly, sluggish energy demand did not pump the top line of companies such as First Solar as conventional oil stocks were hammered due to a recessionary environment. We compare the historical trends in revenues, margins, and valuation multiple of both companies in an interactive dashboard analysis, ConocoPhillips vs First Solar:  Which Stock Is A Better Bet? – parts of which are highlighted below.

As both companies belong to different industries, we compare operating cash flow margin to compare profitability. In 2019, ConocoPhillips and First Solar reported 30% and 5.6%, respectively. 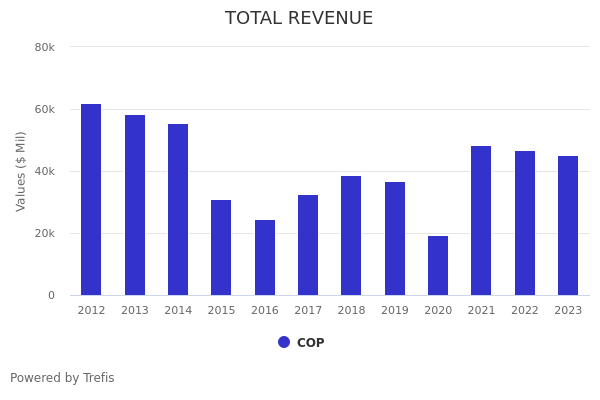 What to expect for ConocoPhillips stock, one day after earnings?

Better Bet Than COP Stock: Pay Less Than ConocoPhillips To Get More From Stock CLF

Earnings Beat In The Cards For ConocoPhillips Stock?