How is Comcast (NASDAQ:CMCSA) doing with alternative video? In referring to the alternative video business, we imply the company’s efforts apart from vanilla pay-TV programming packages that have been in the market for a long time. Currently this includes on-demand video as well as Xfinity Streampix service, which was launched in early 2012. Comcast has been in on-demand video business for a while now and has witnessed significant success in terms of video consumption. However, the market exists for both individual pickings as well as all-you-can-eat models and Comcast seems to be positioned to capitalize on both. Usually, a company either resorts to subscription or a la carte model but Comcast is keeping both to balance its risk. Its on-demand views have grown strongly and there is an opportunity to increase shareholder value with success in subscription streaming.

See our complete analysis for Comcast

Comcast started its on-demand video service in 2003 and since then, the total number of views have grown by a staggering amount. The company stated that its cumulative on-demand views reached 11 billion in 2009. [1] This figure further increased to 20 billion within a span of two years. [2] This implies that between 2009 and 2011, Comcast’s customers were generating roughly 375 million on-demand views per month. These seem like big numbers! However, the flip side is that the number of views are not necessarily the indicater of exactly how much of the content Comcast’s customers are really watching. The number of viewing hours may be a better metric. This metric stood at a monthly rate of 1 billion for Netflix (NASDAQ:NFLX) in June, clearly indicating a high demand for alternative video services.

How Can Xfinity Streampix Add Value?

There is no doubt that the subscription model is picking up all across and this prompted Comcast to launch its own streaming subscription service in early 2012. Xfinity Streampix’s success can lift Comcast’s value by as much as 10%.

For a little over 2 million subscribers, the Xfinity Streampix is available for free. For the rest, Comcast is charging a monthly fee of $4.99. If we assume that Comcast’s streaming service can gradually penetrate 50% of its total subscribers by the end of our forecast period (including the ones who get it for free), the additional profits will lead to a little less than 5% upside to our price estimate for Comcast. However, there is additional value to be unlocked from improved subscriber trends.

Comcast has been struggling with its pay-TV subscriber losses for the past few years as a result of tough competition from the satellite companies and telecom operators. To compensate for this loss, Comcast has pushed its broadband and VoIP service and that has certainly helped. However, augmenting the existing services with enhancements such online streaming can help Comcast’s pay-TV business to a great extent. We see potential upside of 5% to our price estimate if Comcast can regain about 2 percentage points of the market share by the end of our forecast period.

Therefore, we conclude that while neither of the above two values are significant in themselves, combined together, they can lift Comcast’s value by around 10% which is notable.

Our price estimate for Comcast stands $41, implying a premium of more than 10% to the market price. 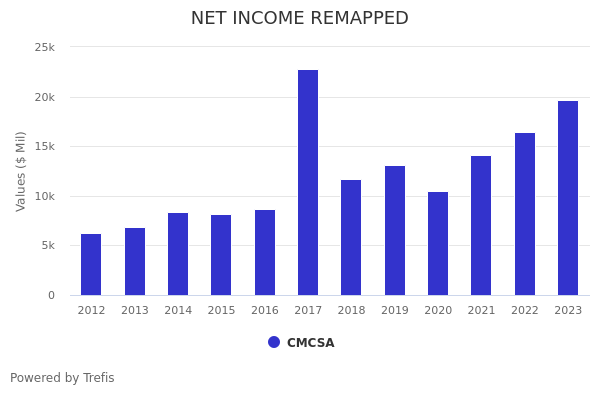 How A Weak Broadband Business Will Impact Comcast’s Q3 Results

With Broadband Growth Elusive, What’s Next For Comcast Stock?

What is Driving Comcast Stock Higher?

How Is Comcast Positioned Compared To Its Rivals?

How Much Has Streaming Helped In Comcast Stock’s Rise?