Caterpillar (NYSE:CAT), the industrial equipment giant, has seen its stock rally 47% from lows of $92 on Mar 23 to $135 currently. This marks more or less an in-line performance compared to broader markets, with the S&P 500 growing 43% over the same period. That said, the stock appears to have run its course, and any significant upside from the current levels is unlikely in our view, given the expected impact of the coronavirus and oil price war crisis on the company’s business. Our dashboard, ‘What Factors Drove -8% Change In Caterpillar Stock Between 2017 And Now?‘, provides the key numbers behind our thinking, and we explain more below.

Caterpillar’s Fundamentals Have Been Strong Over The Recent Years

Caterpillar’s revenues expanded by about 29% between 2017 and 2019, rising from around $45.4 billion to $58.5 billion. Adjusted net income grew from around $4.1 billion to around $6.3 billion, driven by an expansion of adjusted net margins from around 9.1% to 10.7%. Earnings growth of 61%, on an adjusted per-share basis (as reported by the company), was slightly higher, as the company’s share count declined by about 5% to 567 million. However, despite the strong fundamentals, investors assigned a lower valuation to Caterpillar, with its P/E multiple contracting 38% from around 21.4x in 2017 to 13.1x in 2019. Why is that? The company’s business saw its sales growth plunge to -2% in 2019, after seeing 18% and 20% growth in 2017 and 2018, respectively. This decline was led by lower Energy & Transportation segment revenues. Looking forward, this segment is likely to underperform in the near term as well, as we explain below.

So Why Would Caterpillar Underperform?

The global spread of coronavirus has led to lockdown in various cities across the globe, which has affected industrial and economic activity. The U.S. economy contracted by close to 5% in Q1 and is expected to see a sharper decline in Q2. This will have an impact on Caterpillar’s business as well. With recession in sight, the construction activity is expected to take a hit, resulting in lower demand for Caterpillar’s construction equipment, which account for 44% of the company’s total sales. On the positive side, the month-on-month gains in May were surely encouraging and the potential impact of the pandemic may be not as bad if such trends continue. That said, it is unlikely for companies such as Caterpillar to see a V-shape recovery in sales, in our view. Apart from construction, the company’s other segment that could face headwinds is Energy & Transportation. The oil price war led by Saudi Arabia has resulted in more than a 35% plunge in benchmark oil prices since the beginning of the year. Lower oil prices will likely result in lower U.S. oil production, thereby impacting the requirement of new equipment as well as servicing.

These are extraordinary times for businesses and the question really is, despite the expected headwinds, is Caterpillar stock a good buy after the decline seen over recent years? The -8.4% decline in the stock price since 2017 is largely driven by the P/E Multiple contraction from 21.4x to 12.2x, reflecting a 43% decline. While the current multiple is lower when compared to its historical levels, we believe that the stock could remain rangebound around the current levels in the near term. Firstly, there is uncertainty over the demand for construction as well as energy & transportation equipment. Secondly, going by the consensus EPS estimate of $4.91 for Caterpillar in 2020, the current stock price of $135 commands a P/E Multiple of 27.5x, which is much higher than the 21.4x, 10.8x, and 13.1x levels seen in 2017, 2018, and 2019, respectively.

Looking for insights on health care stocks, which could offer better growth opportunities? See 2007-08 vs. 2020 Crisis Comparison: How Did Molina Healthcare Stock Fare Compared With S&P 500? and Health Insurance Stocks Poised For Gains After Covid-19 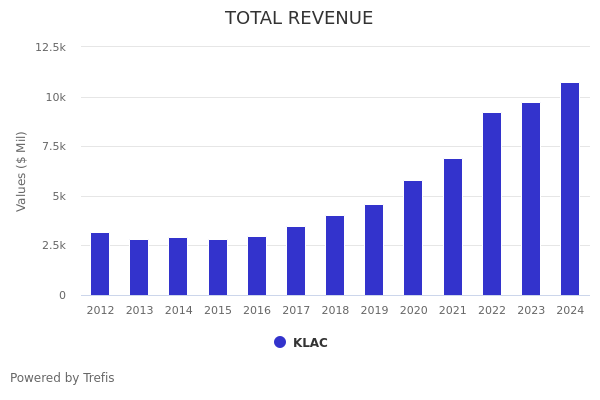 Is Caterpillar Stock A Better Pick Over Its Competitor?

What’s Next For Caterpillar Stock After A Mixed Q2?

What A Recession Would Mean For Caterpillar Stock?