According to mid-year metrics released by the Brewer’s Association, craft brewers have continued to display growth, albeit at a slower rate. The production volume of craft beer increased by 5% in the first half of 2017, along with a rise in operating breweries by 906, to 5,562 breweries, as of the end of June 2017. The booming craft beer industry prompted Anheuser-Busch InBev (NYSE:BUD) to acquire nearly a dozen such breweries in recent years, located across the country. While for BUD, the acquisition could result in increased volumes, for the craft brewer, it gives them access to a vast distribution network. However, the company has faced a tremendous backlash from consumers, with many of the craft brands acquired by the brewer being boycotted or dropped as sponsors. This may be one of the reasons Anheuser has said it would concentrate on organically growing the acquired businesses, instead of looking for more brands to purchase. Such a scenario, of protecting the craft values, seems to be at loggerheads with a recent survey which has revealed that many Americans actually don’t care for the independence of the brand when picking a beer. Below we’ll delve into the importance of such a conclusion, and whether it bodes well for beer giants.

What Did The Survey Reveal?

According to the third annual survey conducted by UBS Evidence Lab of roughly 1,200 alcohol consumers, approximately 45% of Americans don’t really care who has made the beer that they drink. This implies that it wouldn’t matter if the beer is being manufactured by a small craft brewer or beer giant Anheuser Busch. It was only for less than one-third of the respondents (30%) that independence was “extremely important.” Moreover, a majority of the people don’t mind if a craft beer brand ends up being acquired by a major company. Besides Anheuser, MillerCoors and Heineken have also made a number of investments in this space. 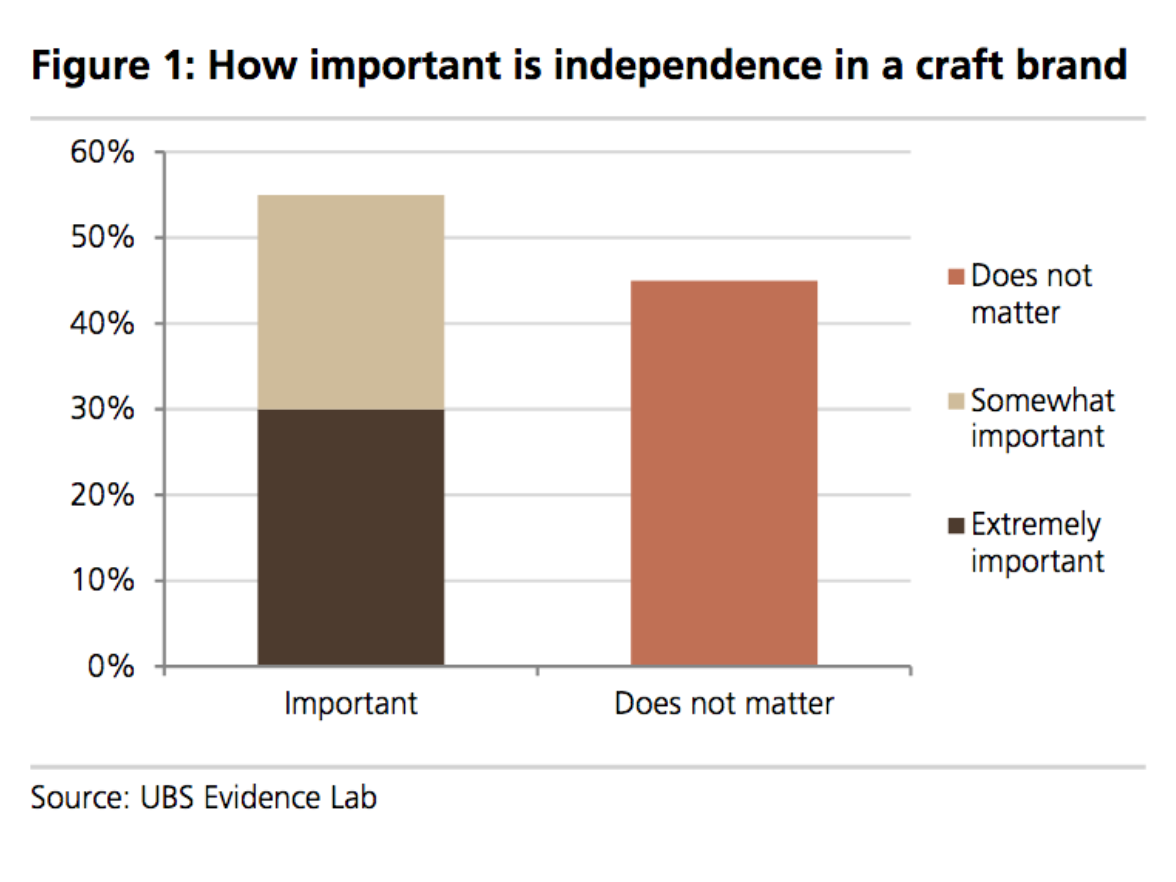 One factor that may be causing the indifference among the consumers may be the change in quality. As per the survey, 41% of the respondents don’t believe the craft beer’s quality is changed post acquisition. In fact, 11% believe that the quality may actually improve in the event of a deal. In hopes of retaining their customer base, many craft beer brands that are acquired try to reassure their clientele of this fact.

How Significant Is This News?

On the face of it, such a result should bode well for a company such as Anheuser. The company has stated that its craft portfolio is actually growing at a faster pace than the industry itself. In 2016, its combined portfolio of regional craft brands grew at over 30%. On the other hand, according to the Brewers Association, craft brewers saw a 6% rise in volumes and a 10% growth in retail dollar value in the same period. For a brewer to be identified as a craft brewer, it has to have an annual production of six million barrels of beer or less and must be independent and traditional. Hence, when such a brewer is acquired by a major company, it loses its craft status. This means that despite the volume lost from the craft beer segment, on account of purchases made by large breweries, the volume in this space still grew at a decent rate.

One fact that may be overlooked is that while for 45% of the consumers, the independence of the brand does not matter, for a majority of the consumers it is either somewhat important or extremely important. Keeping this in mind, the Brewers Association has launched an “independent craft” seal which designates the beers that are produced by independent craft brewers. The seal will help this large segment of the population that is passionate about the beer that they drink, as it distinguishes the beers that are produced by independent brewers, as opposed to those by Big Beer. While the battle between craft and big companies is a hotly contested one, who will emerge victorious remains to be seen. While the survey does not spell doom and gloom for Anheuser, as the company can succeed with the craft brands it has acquired, the survey results may not be as bright as they seem at first glance.

Have more questions on Anheuser-Busch InBev? See the links below.

1) The purpose of these analyses is to help readers focus on a few important things. We hope such communication sparks thinking, and encourages readers to comment and ask questions on the comment section, or email content@trefis.com
2) Figures mentioned are approximate values to help our readers remember the key concepts more intuitively. For precise figures, please refer to our complete analysis for Anheuser-Busch InBev
See More at Trefis | View Interactive Institutional Research (Powered by Trefis) 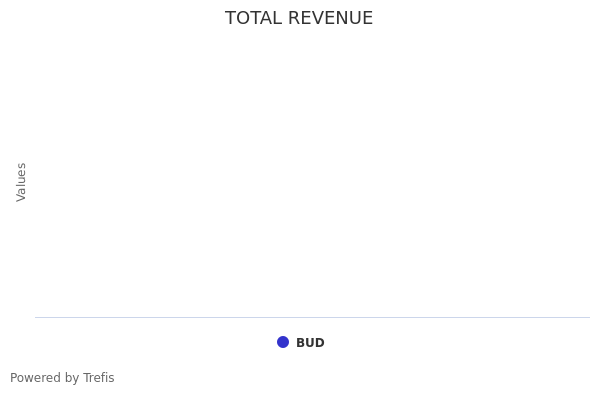 Why Anheuser-Busch InBev Stock Moved: BUD Stock Has Lost 37% Since 2019 Primarily Due To Unfavorable Change In Revenues

Anheuser-Busch InBev Or Molson Coors: Which Drink Could Make You Richer?