Last week, we also discussed how BMY’s stock looks undervalued at $63, given that multiple positive triggers are expected in the near term, including the FDA approvals. After the multiple myeloma CAR-T therapy approval, eyes will now be on the FDA’s decision regarding  Opdivo’s use for additional indications, as well as Zeposia in ulcerative colitis. We continue to believe that BMY stock is undervalued currently, given the low P/E multiple of under 10x it currently trades at, compared to levels north of 13x seen over the recent years. Our dashboard, ‘What Factors Drove 21% Change In Bristol Myers Squibb Stock between 2018 and now?‘, has the underlying numbers.

Bristol Myers Squibb (NYSE: BMY) looks very attractive at current levels of $63, as it is up only 40% from the levels it was at on March 23, 2020, when broader markets made a bottom due to the spread of Covid-19. This marks an underperformance compared to the S&P which has moved 75% since its March 2020 lows, with the resumption of economic activities as lockdowns are gradually lifted and vaccination programs have been initiated in multiple countries. This underperformance can primarily be attributed to investors concerns over the long term growth of the company. The company’s largest drug – Revlimid – which garnered $12 billion in 2020 sales, will lose its market exclusivity next year, implying a decline in sales, as generics gain market share. However, we believe that the stock is undervalued at the current levels of $63. Our dashboard, ‘What Factors Drove 21% Change In Bristol Myers Squibb Stock between 2018 and now?‘, has the underlying numbers.

Now, the company has given a guidance of low to mid-single-digit top-line expansion through 2025, which we believe to be conservative. Note that Bristol Myers Squibb has already entered into agreements with multiple companies, including Dr. Reddy’s Laboratories, Natco Pharma, and Alvogen to launch their generic version of Revlimid in limited volume post March 2022. The agreement with Dr. Reddy’s, for instance, will allow the Indian pharmaceutical company to sell its generic version without any volume limit only after January 2026. This essentially implies that Revlimid sales will not see a sharp drop in the first year of patent expiry. In fact, we estimate $10 billion in sales from Revlimid in 2025, post which, it will likely see a sharp decline. As we look forward, there are multiple positive triggers expected for the company. The FDA is expected to review Bristol Myers Squibb’s Opdivo for additional indications and Zeposia for treating ulcerative colitis. Note that Zeposia’s peak sales could be north of $5 billion, if it manages to secure regulatory approvals for ulcerative colitis and inflammatory bowel disease. In March 2020, Zeposia secured its first regulatory approval for relapsing forms of Multiple Sclerosis.

Not to forget, Eliquis, Bristol Myers Squibb’s oral blood thinner, which has added over $1 billion in incremental sales each year since 2014, a trend which now appears will continue for a few more years. In August 2020, a U.S. district court upheld the patents for Eliquis, with composition of matter patent expiring in 2026 and a formulation patent stretching out to 2031. This implies that Eliquis’ peak sales can be north of $13 billion in 2025, compared to $9 billion in 2020.

Overall, we believe that the company should do better than its guidance of low to mid-single-digit growth through 2025. The company is also sitting on cash of around $16 billion, and it won’t be surprising if it decided to consider more acquisitions to further boost its pipeline.

Lastly, let us look at the current valuation. At the current price of $63, BMY stock is trading at 8x its estimated 2021 adjusted earnings of $7.50 per share. This compares with levels of 15x seen in 2017, and over 10x seen in 2018 and 2019. If we look at some of the other pharmaceutical companies, J&J trades at 17x, Merck at 12x, Pfizer at 11x, and Eli Lilly at 22x forward annual earnings. This strengthens our view that BMY stock is undervalued at current levels, compared to both its own historical levels, as well as compared to its peers.

We believe that Bristol Myers Squibb stock (NYSE: BMY) is a good buying opportunity at the present time. BMY stock trades near $63 currently and it is, in fact, down 6% from its pre-Covid high of $67 in February 2020 – just before the coronavirus pandemic hit the world. BMY stock has rallied over 35% since its March lows of $46, compared to a 63% gains for S&P 500. The underperformance can partly be attributed to the weaker than estimated sales of its blockbuster drug – Opdivo. That said, the company’s overall Q3 performance was better than street estimates, and now with economies opening up, the company will likely see improved sales growth and margin expansion, driving the stock higher from here, in our view. Our conclusion is based on our comparative analysis of Bristol Myers Squibb stock performance during the current financial crisis with that during the 2008 recession in our interactive dashboard.

In contrast, here is how BMY stock and the broader market fared during the 2007-08 crisis

Bristol Myers Squibb’s revenues increased from $19.4 billion in 2016 to $26.1 billion in 2019, due to market share gains for its anticoagulant – Eliquis, along with the partial contribution of Celgene, which was acquired in 2019. The company has also seen its Net Margins expand from 24.5% to 30.7% on an adjusted basis, aiding its EPS, which grew from $2.83 to $4.69 over the same period. More recently,  Bristol Myers Squibb garnered over $10.5 billion in sales, reflecting 75% growth y-o-y in Q3 2020. The growth primarily reflects the impact of the Celgene merger, along with continued uptick in Eliquis, which grew 9% to $2.1 billion, while Opdivo saw a decline of 2% with sales of $1.8 billion during the quarter. The slowdown in Opdivo’s sales growth was anticipated, amid Merck’s Keytruda gaining market share. Looking at the bottom line, the company reported adjusted EPS of $1.63, reflecting 39% y-o-y growth.

Does Bristol Myers Squibb Have Sufficient Cash Cushion To Meet Its Obligations Through The Coronavirus Crisis?

Bristol Myers Squibb’s total debt increased from $7 billion in 2016 to $45 billion at the end of Q3 2020 (primarily due to the Celgene acquisition), while its total cash increased from $9 billion to $22 billion over the same period. Bristol Myers Squibb generated $10 billion cash from operations in the first nine months of 2020. While the company’s debt levels are high, the company has enough liquidity cushion to weather the current crisis.

As the global economy opens up and lockdowns are lifted in phases, consumer demand is expected to pick up. This could be reflected in the form of a pick-up in revenue toward the end of 2020, followed by revenue growth in 2021, boding well for the BMY stock in the near term. While BMY stock has 6% upside for it to recover to pre-Covid highs, we believe the stock could trend much higher than that in the near term. 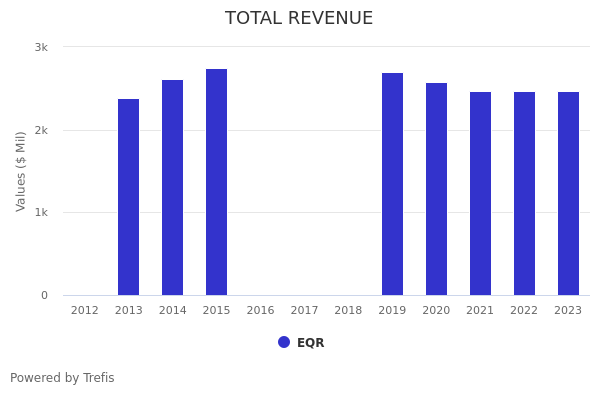 Is A Rise Imminent For Bristol Myers Squibb Stock?

This Pharmaceuticals Stock Is A Better Pick Over Bristol Myers Squibb